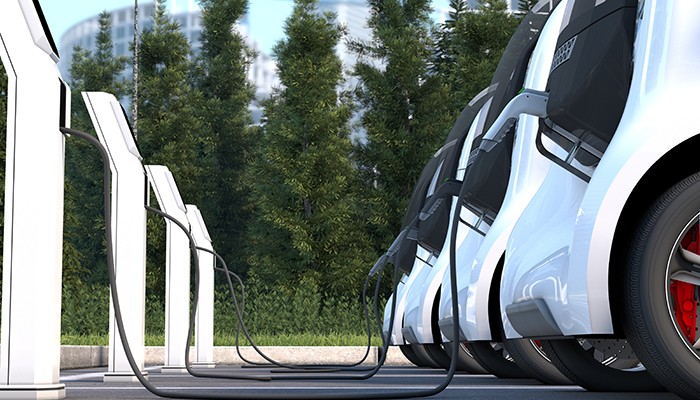 In a recent blog, I wrote about growing interest in iron-based chemistries for EV batteries. Most of that focus is on applying lithium iron-phosphate (LFP) cells to lower cost vehicles or to applications where long range is not essential. However, the future for iron batteries may be even brighter if one Michigan-based startup succeeds. Our Next Energy (ONE) is developing a hybrid range-extended battery and claims that this battery can provide long-range at low cost.

ONE was founded in 2020, by Mujeeb Ijaz, an engineer with more than 30 years of experience developing EVs and batteries. I first met Ijaz in 2007, when he led the development of a plug-in hybrid fuel cell powertrain branded as HySeries by Ford Motor Company.

Over the years, Ijaz has learned a lot about the pros and cons of different cell chemistries and battery pack architectures. One thing is certain now: there is no single solution for EV batteries that will satisfy all requirements. In the EV battery world, those requirements include cost, capacity, durability, and safety.

LFP cells are great for three of those four criteria. They are significantly cheaper than nickel-based chemistries, and iron is plentiful almost everywhere on earth—something which cannot be said for nickel or cobalt. Iron batteries are also extremely stable and can withstand thousands of charge and discharge cycles. That compares to hundreds of cycles for most nickel chemistries. The downside is that the capacity at about one-third less than that of nickel cells.

However, the majority of drivers never require the full capacity of an EV battery on a daily basis. Most commercial and consumer use cases can be met by an LFP battery. In the instances where you need to go further, ONE’s hybrid range extender can provide the range. Just as with the Ford HySeries, ONE is using two energy storage systems but in this case both are batteries.

The concept of a hybrid battery is not new. In 2013, Johnson Controls showed off a battery for 48 V mild hybrid systems that combined lead acid cells, which provide excellent cold-start power along with a lithium ion component to store energy from regenerative braking. The ONE battery uses LFP cells for primary storage that drive the vehicle and a second set of cells with much higher energy density that can replenish the LFP cells when longer range is needed. ONE hasn’t revealed the chemistry for the range extender cells except to say that it’s not nickel-based.

Hybrid Batteries Could Provide a Solution

The challenge with many higher capacity cell chemistries is that they often have lower cycle life. Since these cells aren’t primarily used in the ONE battery, they aren’t expected to go through as many cycles as the LFP side, and the full battery is expected to deliver much longer total durability than current EV batteries. ONE claims that with the combination of two chemistries and a structural pack design that eliminates the wasted volume from modules, the net energy density of its battery is 450 Wh/L. This is comparable to the claims being made by most solid-state cell developers, including QuantumScape, Solid Power, and SES S.A.—although none of these claims have been independently verified.

Unlike solid-state batteries that haven’t currently been demonstrated to be producible at scale, ONE’s hybrid battery is made using proven processes. Aside from the software to manage the system, it’s largely a known quantity. With so many new EVs coming to market in the next few years, the world of batteries is getting much more interesting.