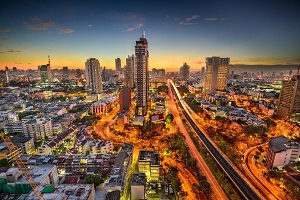 Recently, the Canadian federal government announced it has pledged to launch a Smart Cities Challenge Fund, proposing $300 million over 11 years for Infrastructure Canada to implement the program. The funding will support the deployment of clean and digitally connected technology that can improve life in cities and is modeled similarly to the US Smart City Challenge (won by Columbus, Ohio).

Until recently, Canada has lacked a national smart city framework, leaving major cities such as Vancouver, Toronto, and Montreal to develop their own climate action plans and digital infrastructure projects without significant federal guidance or funding assistance. Over one-third of Canada’s population lives in these three cities, and over 80% of its overall population is urbanized, making the improvement of city service delivery a crucial issue in the country. Highlights of key smart city initiatives from these three cities include:

Federal Government Stepping Up with Funding

Three rounds of funding are expected to take place in Canada, with the first round set for fall 2017. Each round of Canada’s Smart Cities Challenge will include:

Prime Minister Trudeau has pledged to link infrastructure with an innovation agenda, and the Smart Cities Challenge will help Canada achieve that goal. Canada has evolved into one of the leading countries in the world in terms of building infrastructure through public-private partnerships (P3s), using this model to fund light rail lines, hospitals, jails, and water systems, among other infrastructure. The country’s high utilization of P3s for infrastructure development combined with the new funding available in the Smart Cities Challenge positions Canada to elevate its attractiveness to key suppliers in the smart city market. Its actions also potentially lift the country from its current follower position into a leadership role in global smart city development.

Smart Cites Are Shifting the Focus from Technology to Outcomes

Smart Cites Are Shifting the Focus from Technology to Outcomes