Natural Gas Has a New Use Case for Blockchain 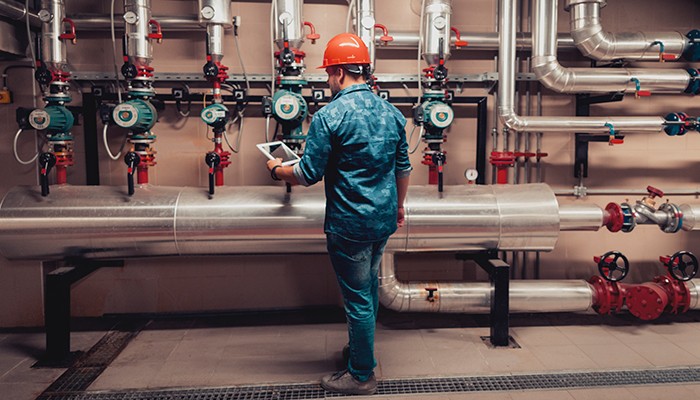 Much of the oil & gas industry’s use of blockchain has been for supply chain management and transaction automation. Other use cases focus on tracking internal operations such as monitoring machinery or oil flow. As Guidehouse Insights’ Blockchain Project Tracker service shows, the oil & gas industry is just one sector in the energy industry that can benefit from these blockchain solutions. Some production sites are beginning to mine Bitcoin onsite using natural gas to generate electricity. Bitcoin mining may become more popular for other energy producers. In this new use case, blockchain technology can be used to track and manage distribution of Bitcoin as revenue for production companies. Leading companies include Crusoe Energy, EZ Blockchain, and PermianChain Technologies.

Upstream production companies are facing uncertainty and volatility of future prices and social and regulatory pressure to reduce emissions. Mining Bitcoin with co-located electric generation with carbon reduction measures can potentially reduce emissions and provide upstream producers a sustainable revenue stream when they receive a share of the mined Bitcoin.

Emissions can be reduced in two ways: Reducing fugitive emissions and reducing flaring. Methane is often leaked in the transmission of natural gas, so the co-location of Bitcoin mining at production sites vastly reduces fugitive emissions by minimizing pipeline distances. The common practice of venting or flaring gas is a main source of high scope one emissions for the oil production industry. Using this gas to power Bitcoin mining may reduce emissions. Crusoe Energy states each system can cut flaring up to 63%.

However, CO2 emissions remain a byproduct from burning natural gas. For this use case to truly be a decarbonization option for either party, carbon capture should be adopted as part of the solution. Other companies that can use CO2 as a feedstock could also co-locate. Miners are facing similar pressures to reduce their environmental impacts because Bitcoin mining requires vast amounts of electricity with uncertain greenhouse gas emissions. Miners can reduce their emissions by utilizing natural gas combined with carbon capture in a blockchain solution that provides full lifecycle environmental benefits.

The Future of Mining Bitcoin from Natural Gas Is Murky

As early adopters address preliminary challenges, it will become clearer how widespread and viable mining Bitcoin on production sites is. Though over 50 projects exist so far in the US and Canada, interest may not continue or expand. In early September 2021, there was a meeting with upstream producers and Bitcoin miners in Texas. The true test of the natural gas use case will be if interest continues in North America and if it can expand to a global scale.

As these projects gain public visibility, there may be pushback. For example, some may question how clean the electricity is from these transactions or criticize miners for collaborating with the fossil fuel industry at all. There are miners that buy entire generation plants to mine Bitcoin. Recently there has been controversy over a New York City mining site. Mining Bitcoin from fossil fuel sources must remain net negative or net zero carbon emissions to last long term as a viable use case under public and regulatory scrutiny.

Miners may use alternative energy sources to reduce emissions, particularly considering high natural gas prices. Miners are also using nuclear power for electricity. Others may use hydrogen or other cleaner sources to power mining. If those sources become more popular, companies using natural gas may not succeed in the long run.