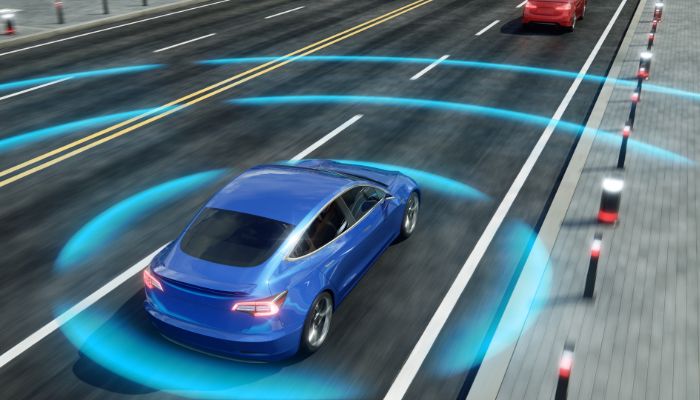 Full self-driving vehicles that obviate the need for a driver’s license aren’t here yet and probably won’t arrive in significant volumes for quite a few years. However, consumers can still benefit from the technical advances made in the pursuit of replacing standard vehicles with robots. The software and hardware advances from the past decade are now coming to a wide-range of vehicles including General Motors, Mercedes-Benz, Ford, Volvo, Nissan, and others.

General Motors was the first automaker to launch an advanced driver assist system that enabled hands-free highway operation when Super Cruise debuted on the Cadillac CT6 in late 2017. The Cadillac CT6 remained the only model to have this capability until early in 2021, when Super Cruise was added to the Chevrolet Bolt EUV, Cadillac Escalade, CT4, and CT5. Super Cruise uses high definition maps to restrict where it can be enabled and has a driver monitor system to ensure the driver at the wheel is watching the road. The system was more constrained and more reliable than competing systems like Tesla’s Autopilot, which still requires hands on the steering wheel.

As a hands-off but eyes-on and brain-on system, it requires the driver to supervise at all times and be ready to take over. This puts the system within SAE International’s Level 2 automation category. The updated version on the 2021 Escalade, CT4, and CT5 added automatic lane change on demand by tapping the turn signal stalk.

For 2022, several more models will offer Super Cruise with even more capability. These include updated versions of the GMC Sierra and Chevrolet Silverado pickups, which offer automatic overtaking. When the vehicle ahead is going slower than the system’s set speed, the trucks will automatically change lanes if it is clear, pass the vehicle, and return to the original lane. The trucks will also offer hands-free driving when towing—which I got to evaluate with a 5,000-lb trailer hooked up. The system compares acceleration and deceleration with engine and brake output to estimate the trailer weight and automatically adjust control thresholds of the system. The new features will be added to the existing Cadillacs via an over-the-air software update.

The next step up the automation ladder is Level 3 where drivers aren’t required to supervise or watch the road but must be ready to take over, typically within about 10 seconds. SAE calls this conditional automation and this is widely viewed as the most problematic level by many manufacturers because of the time required for a driver to regain full situational awareness and retake control of the vehicle. Despite some prior indications that most automakers would forego this capability, many are now moving forward.

In early 2021, Honda released a limited number Legend sedans in the Japanese market with Level 3 capability, but the first company anticipated to release an Level 3 system more broadly is expected to be Mercedes-Benz. The German automaker recently allowed media to try the system at one of its test facilities on the new EQS electric sedan. The EQS and S-class will be the first to offer Drive Pilot in the German market late in 2021. Like the Honda system, Drive Pilot is limited to highway operation and low speeds (less than 50 km/h for Honda and less than km/h for Mercedes) conforming to the new United Nations Economic Commission for Europe regulation for automated lane keeping systems. The driver can read, watch videos, or text while the system is active, but can’t take a nap or leave the driver’s seat. That will have to wait for Level 4.

By Sam Abuelsamid
Industry Insight May 23, 2017