May Comes in Like a Lion for Demand-Side Management 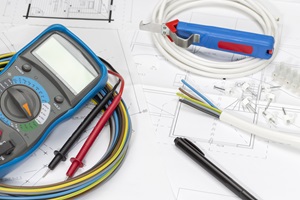 Last week was a busy one in the demand-side management (DSM) industry, with M&A activity and regulatory news both making headlines. It started first thing on the morning of May 2 with the announcement that Opower was being bought by Oracle for over $500 million. This move shouldn’t be so surprising since it was just over a year ago that the two companies announced a partnership to enable utilities to integrate Opower’s tools into Oracle’s systems and vice versa.

EnerNOC is now the only publicly traded pure-play DSM provider left standing. Could it be that dealing with the regulatory risk and long timeframes for deal making in the utility industry is a mismatch with Wall Street’s pressure for quarterly earnings? Opower appeared to have a good pipeline of projects, but the market did not seem to value it enough to provide attractive returns for investors. Furthermore, the energy software business requires extensive R&D spending, so the prospects for an annual profit were too long for the NASDAQ set. As part of a larger organization, the long project runways could be blended in with other quicker turnaround products, and R&D expenditures could be swallowed among the much larger expenses at Oracle. The only question is how committed Oracle is to Opower’s legacy DSM products versus focusing on solutions more directly in line with its business.

CPower on the Move

Later that same day, word spread that CPower acquired rival Johnson Control’s Integrated Demand Resources business. This move thins the already-small commercial and industrial demand response (DR) aggregation sector. It also continues the trend of larger organizations getting out of the DR business, which started when Constellation sold off CPower in 2014. For CPower, the acquisition is the latest move to expand following the purchase of Demand Response Partners in 2015. CPower and Johnson Controls still intend to retain a commercial relationship that would allow CPower to offer DR services to Johnson’s customers, and CPower customers could gain access to Johnson’s building management technologies for their facilities.

These cases appear to show some contradictory trends between acquisitions and divestitures of DSM businesses by larger entities. However, they both seem to agree on the point that DSM may survive either as part of a bigger firm or as an independent private company, but as a standalone public entity, the road ahead is hard. Look at Comverge, which went public in 2007 but went back private a few years later and has seemed to steadily grow under the radar since then, or Nest, which is able to keep its finances out of public view as part of the Google empire.

The final piece of noteworthy news relates to the U.S. Environmental Protection Agency’s (EPA’s) rules for emergency generators (EGs) for DR purposes. Last year, the U.S. Court of Appeals overturned an EPA rule that allowed 100 hours of EG use for emergency DR programs. It granted the EPA a 1-year stay, which expired on May 1, 2016. The EPA has no plans to make changes to the rule, meaning that the court’s ruling will remain intact, affecting upward of 20% of DR resources in some markets.  However, there is still some ambiguity in the remaining EPA rule language, so the fight will continue to allow EGs to participate to some extent.

If the first week of May was any indication, it could be an interesting summer for DSM, but these recent developments may have been just some early fireworks before a regular course of business settles in.

CPower, the Largest Independent Demand Response Aggregator, Is Off the Market

CPower, the Largest Independent Demand Response Aggregator, Is Off the Market