Matter Takes on New Meaning for the Smart Home 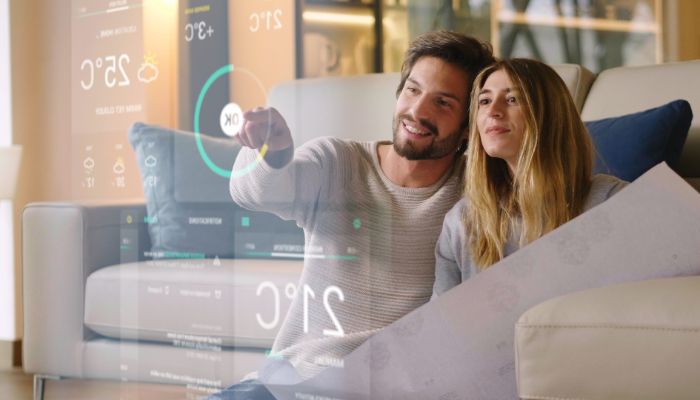 Smart home and Internet of Things (IoT) technologies are still complicated, but a renamed and refocused consortium hopes to change this. Matter is the new name of what for a short time was called Connected Home over IP (CHIP), an effort backed by Amazon, Apple, Google, Comcast, and the Zigbee Alliance.

Matter’s backers have a stated goal of becoming “a seal of approval, assuring that any object built on this standard is reliable by nature, secure by design, and compatible at scale,” according to a release. This sounds good. As a technology standard, the consortium stakeholders also aim for Matter products to feature other laudable attributes, including simplicity, interoperability, reliability, security, and flexibility.

Interoperability, Simplicity, and Security Are Key

Those first two attributes should get at the heart of the issue for many frustrated smart home or IoT enthusiasts, simplicity and interoperability. Today’s products do work and can be quite useful. But ask anyone who has tried to set up a new smart light, lock, or thermostat will have a story to tell of the hassle involved. My own experience has been a mix of awe at the latest innovations and frustration with setup and operation.

The other big hurdle to adoption that no one likes to talk about is security, or the lack thereof. When the biggest tech giants around suffer a dangerous embarrassment, as happened in the SolarWinds incident, how secure will consumers feel when a new standard like Matter enters the smart home fray? Not terribly secure, until there is strong evidence their smart baby monitor based on the Matter standard is unlikely to get hacked, or their new smart lock is safe from tech-savvy intruders.

Matter-certified products are still months away from being available. The first products are expected to be in the market before the end of 2021. In the meantime, the smart home market will likely continue its upward trajectory despite the hurdles.

A year from now as Matter-certified products likely start to gain a foothold, the industry should have a pretty good idea of staying power. There are strong reasons to believe Matter will in coming years, well, matter quite a lot. Why? Because the key tech firms behind the standard are large, powerful, and trusted by consumers. The pathway won’t be easy, but the fact these big players are on the same standards page is a harbinger of success. For a more comprehensive view of the smart home market, check out the Guidehouse Insight’s The Smart Home Overview report.