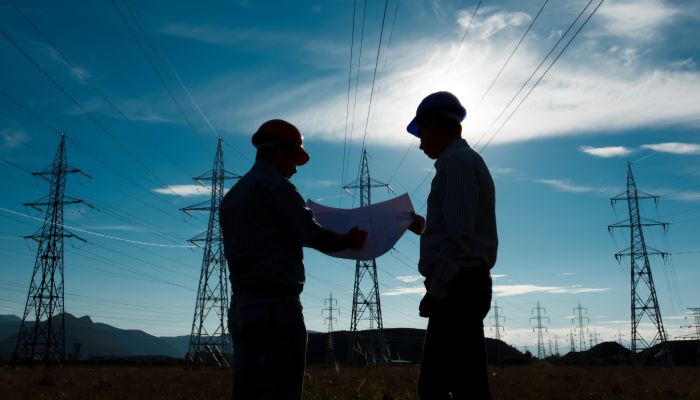 Regulatory bodies around the world have begun implementing or seriously considering requirements for businesses to report on climate change-related risks. Investors and consumers are increasingly intolerant of companies seen as heavy polluters or, to a somewhat lesser extent, as ill-equipped to manage climate risks.

The frequency and severity of high damage weather events have seen dramatic increases in the past decade. A billion-dollar (Consumer Price Index-adjusted) disaster event, such as a major hurricane, winter storm, or wildfire, is a commonly accepted measure of severe weather frequency and severity. According to the U.S. National Oceanic and Atmospheric Association, of the top 6 years with the most billion-dollar disaster events in the US, all but one (2011) have been in the past 6 years. The total cost of these billion-dollar events also presents an alarming upward trend as five of the six most costly years on record have all come in the past decade, with the sixth being 2005.

A study published in Proceedings of the National Academy of Sciences in 2020 found via satellite imagery analysis that the probability of a hurricane developing into a major hurricane (Saffir−Simpson category 3 or higher) has increased since 1979 by about 8% per decade. Increasing storm damages are not limited to hurricanes and tropical cyclones either. The World Meteorological Organization found that weather-related disasters have increased globally over the past 50 years, growing by a factor of five from 1970 through 2019.

Chart 1: Billion-Dollar Natural Catastrophes in US Have Risen Sharply Since 1980 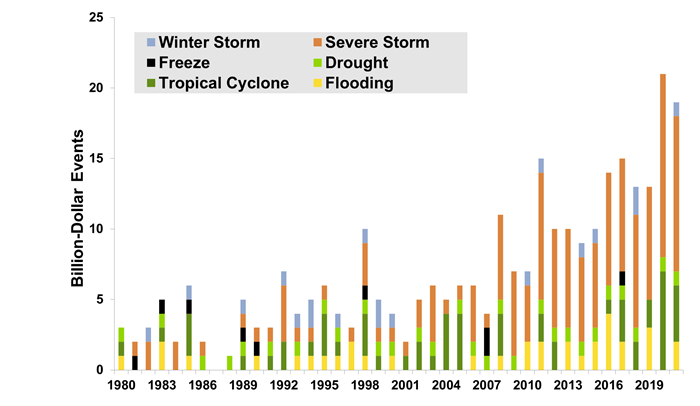 Although severity and frequency of these events have increased, mortality associated with major natural catastrophes has fallen threefold since 1970. The falling mortality, however, is due in large part to early warning systems. Property—being much less amenable to evacuation than people—has not benefitted significantly from these early warning systems; property losses have increased sevenfold, outpacing even the fivefold overall increase in natural catastrophes.

Climate Risk Is Especially Great for Utilities and Energy Providers

The climate risk to infrastructure-heavy enterprises, then, is rapidly increasing. This risk is most pronounced for owners of distributed infrastructure, such as transmission and distribution networks, as it is especially difficult to quickly harden these assets against weather-related damage. Whereas a single facility, for example a power plant or a warehouse, can gain some reinforcement on short notice via measures such as sandbagging and boarding up windows, the same cannot be said of a 100-mile run of electrical transmission lines. It is thus imperative that energy and utilities organizations with substantial distributed assets include asset-level, long-term CRA in their investment and development decisions to remain competitive. A recent Guidehouse Insights report explores the applications and market for long-term CRA in more detail.

By Clay Killingsworth
Back to Top
Press enter to search