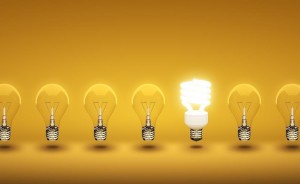 The declining costs of LEDs have made the technology a more economical choice for cities and municipalities interested in upgrading street lighting. These reduced costs, coupled with the longer lifespan and higher efficiencies of LEDs over incandescent, high-pressure sodium (HPS), metal halide, and compact fluorescents, have ensured a strong LED presence in the future of street and outdoor lighting.

Long Beach, California recently announced the completion of the first phase of its LED street light retrofit project. Phase one included replacing roughly 1,750 HPS street lights with LED versions. This first phase was funded through a $659,000 Port of Long Beach Community Mitigation Grant. The second phase of the project will replace about 24,000 HPS street lights with a cost of roughly $6.1 million, which will be offset within 4 years by the energy savings and rebates offered by Southern California Edison, which total $3.2 million. The new LED street lights are expected to last 24 years when operated 12 hours per day, and the total lifetime savings for this project are expected to be approximately $15.1 million.

Further north, West Kelowna, Canada will be converting 1,750 HPS street lights to LEDs. Initially, the city will replace 193 street lights with LEDs during a pilot project, costing an estimated C$60,000 ($44,746), including a C$10,000 ($7,457) grant from electric service company BC Hydro. The LEDs from the pilot project alone are expected to save the city C$4,500 ($3,361) over a 1-year period. West Kelowna has estimated that the full retrofit project will save C$13 million ($9.7 million) over a 15-year period once the installation is complete. San Francisco, California also recently announced it will install LED streetlights to decrease maintenance costs and improve the safety of city residents. It plans to install about 18,000 LED lights within a 14-month period.

The Future of LED Street Lights

Long Beach, West Kelowna, and San Francisco are only a few of the numerous cities transitioning to LED street lights. According to Guidehouse Insights’ recent report, Outdoor Lighting Systems, global shipments of outdoor lighting luminaires are expected to grow from 24.1 million units in 2016 to 30.3 million units in 2025. These figures include outdoor lighting for street lighting, including highways and roadways, city parks and public areas, sports parks, commercial site lighting, parking lots, and university and college campuses. LED luminaires currently lead the market for outdoor lighting, accounting for an estimated 67.9% of unit shipments in 2016—by 2025, that share is expected to grow to 93.8%. Whether for increased energy savings, reduced maintenance, improved safety, or other motivating factors, cities are poised to continue to transition to LED street lights.

By Noah Goldstein
Back to Top
Press enter to search