Kauai and the Quest for More Renewable Energy 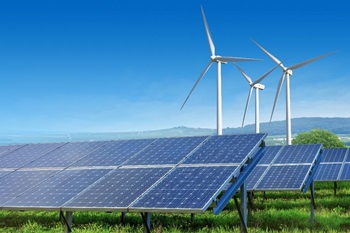 Remote islands and microgrids have been a hotbed for renewable energy resources throughout the past several years. Historically, remote systems have relied on small diesel generators to support electricity needs, but volatile fuel prices can be high in comparison to renewable alternatives. According to a recent International Finance Committee (IFC) and Guidehouse Insights co-sponsored white paper, more than 80% of growth in renewables and energy storage for both energy production and consumption will come from new and emerging markets by 2035. Remote islands will play a huge role in this development based on evolving grid and end-user needs, physical infrastructure, and decreasing technology costs.

Specifically, on Kauai in Hawaii, the Kauai Island Utility Cooperative (KIUC) laid out an ambitious renewable energy goal in 2008. The strategic plan previously aimed to reach 50% renewable energy by 2023, but the cooperative now expects to hit that goal in 2018, 5 years earlier than expected. The new target is to reach 70% renewables by 2023. To put this goal in context, Kauai had just 5% renewables penetration in 2009. In 2015, the island reached 37.4% renewable generation.

One of the most notable projects in Kauai’s pipeline is a 28 MW solar array paired with a 20 MW/100 MWh lithium ion (Li-ion) battery system; this will bring the island’s renewables penetration up to 58% when it comes online in late 2018. AES Distributed Energy, Inc. and the KIUC also established a power purchase agreement of $0.11/kWh, below the cost of fossil fuel power currently used to provide baseload generation to the island. Several other renewable projects dispersed around the island are up and running, pushing the plan forward. The KIUC wants the island to reach 100% renewables by 2045.

Most of the Hawaiian islands experience peak solar generation during the day, and consequently have diesel generators ramp up during peak demand at night. Several new projects are being paired with storage to help eliminate the use of these generators. Diesel plants on islands typically operate at high variable load, resulting in high variations of demand, which often is incongruent with the large size of diesel plants. Islands generally have more fluctuating power demand than mainland areas; over a year, generation can fluctuate significantly due to seasonal variation in tourism, for example. The AES project alone is expected to reduce the KIUC’s fossil fuel usage by over 3.7 million gallons annually.

Kauai and the KIUC are committed to ensuring that customers are on the cutting edge of the energy industry. By deploying emerging technologies like solar, energy storage, and smart metering systems, the cooperative is giving its members more transparency in how they can track their own energy use and set personal goals for efficiency. Making these investments and meeting these short-term goals pushes the KIUC’s vision forward to being a leader in shaping a thriving state for future generations.

Other small island nations and areas can learn from the KIUC’s goals. By engaging customers, testing grid stability, and aggressively looking for new projects, smaller markets can drastically change their energy outlook in a short period of time. Additionally, smaller markets can change rapidly in terms of renewables or storage penetration with just one or two large projects. Every market faces its own unique challenges, so it will be important for the government and private and public sectors to engage in efforts to push for ecologically and economically sustainable futures.