Japan Could Determine the Fate of the World Market for VPPs

The first solar PV cell made in Japan was in 1955; the first solar PV panel was connected to the Japanese grid in 1978. Japan emerged as the global leader in solar cell production in 1999 and then solar power generation in 2004. Though solar PV provided only a small portion of Japan’s overall energy supply, it showed that the country’s regulators were investigating distributed energy resources (DER) well before other markets globally.

Japan is at a crossroads. How does one leap into the future epitomized by the concept of the Energy Cloud while simultaneously maintaining the centralized generation status quo? The country is exploring how virtual power plants (VPPs) can help straddle this chasm, serving as a bridge from the past to the future. Autogrid also just announced what it calls the largest VPP in the world in Japan, and over 40 VPP pilot projects are now underway. These projects also include other US vendors such as GELI.

Japan consists of 6,852 islands. Ten privately owned utilities serve the four major islands (as well as several other smaller islands.) Japan is the only country in the world that operates its power grid balanced on two different frequencies. Tokyo and the rest of the eastern side of Japan installed 50 Hz equipment from Germany, while their counterparts in Osaka and the western side of the country contracted with American companies installing 60 Hz equipment. The end result? A national grid whose two separate grids cannot fully exchange alternating current power. Each major island is only interconnected to an adjacent island, further fragmenting the grid. 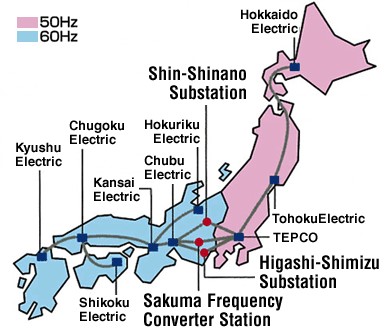 Perhaps the country’s most famous energy policy shift started after the 2011 Fukushima Daiichi disaster. In response to the event, Japan’s nuclear fleet was shut down and replaced with more expensive fossil fuels, leading to higher electricity prices. These consequences sparked momentum to deregulate markets to introduce efficiencies via new technologies and business models.

As explained in a new white paper sponsored by Enbala, some 450 energy retailers are active in Japan. In addition, 2.5 million homes will be coming off 10-year lucrative feed-in tariff (FIT) contracts beginning in November. While attractive, these FIT contracts also prevented these solar PV assets from providing customized grid services. Releasing customers from FIT payments will create excess power at the retail level, creating incentives for these homes to optimize production by deploying batteries to store excess solar energy or to potentially buy EVs to soak up excess generation to optimize new forms of self-consumption.

Japan seems to be moving in two directions at once: toward greater reliance on market forces and flexible resources while also seeking to restart its nuclear power program. Strong public opposition to nuclear power and continued delays in restarting this fleet leaves the opportunity for innovation around the grid’s edges. This and other grid balancing challenges will allow Japan to begin its journey with VPPs, ultimately landing on DER management systems. 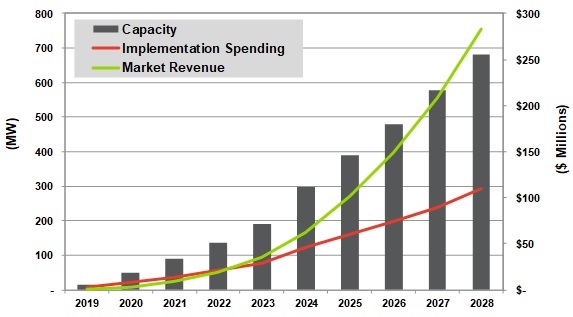