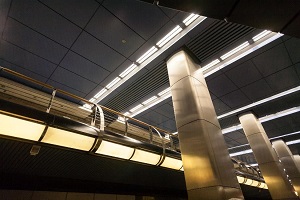 While Europe is considered a global leader in moving toward a low carbon energy future, the tightly regulated EU markets have several features that severely limit the development of microgrids:

As the forthcoming update to Guidehouse Insights’ Microgrid Deployment Tracker demonstrates, Europe represents approximately 9% of the global microgrid market. The vast majority of microgrids deployed in Europe are actually on islands in the Mediterranean, the Canary Islands off the coast of Spain, or projects such as Bornholm or the Faroe Islands of Denmark.

I recently attended the International Symposium on Microgrids in Newcastle, Australia at the CSIRO Energy Centre. One could argue that Australia is the current global hotspot for commercialization of the Energy Cloud ecosystem. I have certainly made that argument in the past.

Perhaps the most surprising revelation at the conference was this: a unique confluence of factors make Finland the best opportunity for microgrids in Europe. Finland is not only the global leader on smart meter deployments, with 99% of its 3.5 million customers having access to this technology, but it also has a deregulated wholesale and retail market that features 83 distribution system operators (DSOs), with the largest distribution networks composed of 200,000 customers.

Unlike its neighbors Sweden and Norway, Finland lacks massive hydroelectric resources. What hydro it has tends to be run-of-the-river systems, and some of the smaller scale systems are microgrid-friendly. Most importantly, Finland is a country that does not fully share the stellar reliability associated with the EU grid. During blackouts in 2011 and 2012, as many as 570,000 customers lost power for an extended period of time. This outage raised the issue of the vulnerability of the Finland grid to winter storms due to overhead lines running through the country’s deeply forested regions that can sag from snow.

In a quick response to these power outages, new regulations have been put in place that limit power outages to 6 hours annually for urban residents and 36 hours for rural customers by 2028. In a policy that would likely scare utilities in the US, DSOs are required to compensate customers for power outages. If a power outage lasts longer than 12 hours, the DSO must pay the customer 10% of its annual distribution fee, and compensation goes up gradually to a maximum of 200% with interruptions longer than 288 hours.

The first option of most DSOs to respond to these new reliability regulations is to place distribution lines underground. However, that can be expensive, especially given the low density of some DSO customer bases. According to research performed by Lappeeranta University of Technology (LUT), the lowest cost option for 10%‒40% of the medium voltage branch lines would be low voltage direct current microgrids. One such LVDC microgrid project, developed by LUT in collaboration with DSO Suur-Savon Sähkö, was developed in 2012, incorporating solar PV and batteries. Though only one other microgrid currently is operating, Finland represents an ideal market for utility distribution microgrids.