Is BlackRock's Climate Change Announcement a Spark or a Sleeper? 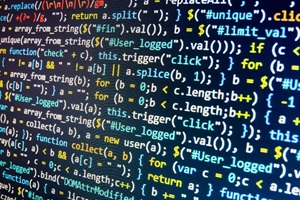 BlackRock, the world’s largest asset manager, has taken on long-term investing, and this will have some cascading impacts throughout the investment community. According to CEO Larry Fink, “To sustain [long-term] performance, however, you must also understand the societal impact of your business as well as the ways that broad, structural trends—from slow wage growth to rising automation to climate change—affect your potential for growth.”

This is a clear statement that climate change is a relevant and crucial factor when examining long-term performance. Climate change can be evaluated with respect to direct impacts on a portfolio or a business (e.g., sea level rise, increased storms, and natural disasters), or climate change impacts can be evaluated indirectly (e.g., how a portfolio or a business can respond [positively or negatively] to regulatory shifts or consumer trends).

But what does BlackRock’s pronouncement mean for the corporate community at large? Certainly corporations pay attention when big players act. For example, Walmart’s sustainability programs are maturing and focusing on its supply chain, and Coca Cola now regularly reports on its sustainability progress. This is leadership in action. But for the long tail of smaller businesses (even in the Fortune 1000), what BlackRock’s announcement will trigger is uncertain. Below are some possibilities.

It is possible that BlackRock’s approach will influence decision makers in the board room and in the investment houses to take immediate action with respect to their operations and portfolios. Recent announcements by Amazon, JPMorgan, Chase, and Berkshire Hathaway to create their own healthcare system in light of rising costs and government stagnation shows how the big players in corporate America are taking charge of initiatives funded by governments in other countries. We Are Still In is another such effort.

Companies Will Want to Be First to Be Third

Other large financial and investment companies may follow BlackRock’s approach. But the majority of corporates may wait until more Fortune 1000 companies start turning these announcements into action before they act. This could come in the form of seeing who signs up for science-based targets (only 342 as of this witting) or reports their emissions to CDP. The second wave of “light green” companies will follow, triggering the race to be “first to be third”—or to be relevant—before climate impacts become table stakes.

It is possible that not much will happen in corporate America. While the benefits of long-term planning are becoming clearer in Europe—especially accounting for climate impacts and carbon accounting—that is a different market. The concepts of the circular economy, direct climate change impacts, and carbon accounting are still unknown to most businesses in the US. They may be paying attention more and more, but until climate and sustainability action is clearly a stick or a carrot, they could be slow to act.

So, what does this mean? Which scenario will play out? It is too early to tell, but this is a newly fast-moving environment. Guidehouse will be watching this space closely.

By Kaboo Leung
Back to Top
Press enter to search