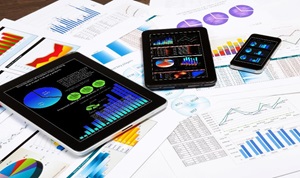 From October 3 to 5, the European energy industry converged on Amsterdam for European Utility Week, an event I have attended off and on since 2009. In a conservative, slow-moving industry, previous events have felt a little like the utility technology equivalent of Groundhog Day. This year’s event was far from it.

The 2017 exhibition is an excellent barometer for the current speed of industry change. And how things have changed. In 2009, the event was known as Metering, Billing/CRM Europe. This far from catchy title was somewhat misleading because metering and other electrical hardware companies ruled the exhibition floor, with a handful of billing vendors and nary a mention of CRM. Virtually all the exhibitors had many decades’ experience in the utilities industry.

Back to the Future

Fast forward to 2017. The exhibition is now 4 or 5 times larger and the focus has shifted from hardware to software. The hardware vendors of old have expanded their focus to offer a suite of products from the traditional metering business to communications, data, and analytics platforms into services. There is now a profusion of software vendors that would have looked out of place at the event of 2009. This reinforces the message that the energy transition is not just about a shift to smarter, cleaner generation, but a shift toward software that will manage future networks and enable new business models.

However, the most marked difference between this exhibition and those of previous years was the existence of many small booths for startups and several EU-funded Horizon 2020 demonstration projects. Nine years ago, startups in the energy industry were few and far between. Innovation was typically led by a utility that would develop solutions with a long-term partner that would, in turn, create products around these innovations and bring them to market. But how things have changed. Innovation does not have to occur with a utility’s blessing. The shift to software means entry costs are significantly lower, and startups are developing products that can just as easily compete directly with a utility as be adopted by them.

Disruption at the Edge

If this exhibition-as-bellwether idea runs true, utilities should raise their competitive threat levels a notch or two. Disruption at the edge is a key indicator of future disruption at the core, yet most companies fail to closely monitor startups chipping away at non-core parts of their business. The industry has entered the most disruptive decade in its century-long existence. Many utilities are planning for a more distributed, competitive future. Those that don’t run a real risk of becoming irrelevant in the not too distant future.