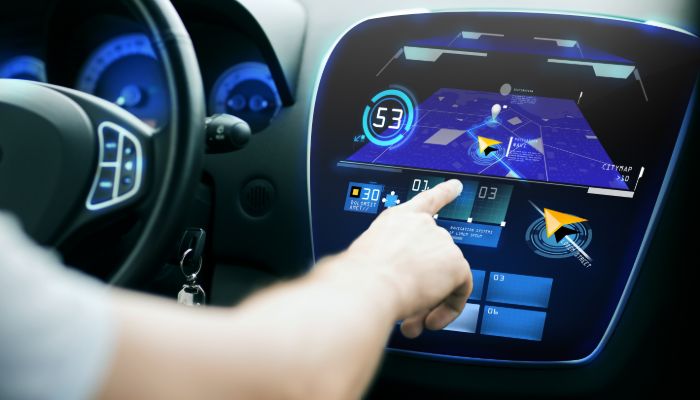 One of the panels I moderated at the 2022 Auto Tech Detroit conference June 8-9, 2022, was on the Impact of Safety on Design with a focus on vehicle interiors. Although much of the attention around automotive technology in recent years has focused on electrified propulsion and automated driving, vehicle interiors play a key role in safety. The cabin has evolved dramatically since the 1960s when traffic safety considerations really began to take root, and technology is a core element of how it is expected to continue to change.

As part of automated driving systems, outward looking sensors that combine with sophisticated software to perceive the world around the vehicle have seen major advancements in recent years. Cameras, radar, and ultrasonic sensors are common on even entry-level models. New vehicles coming to market are upgrading to higher resolution cameras and radar and adding lidar.

But it also makes sense to start adding some of this capability to monitor what’s happening inside the vehicle. When General Motors (GM) launched its hands-free Super Cruise system in 2017, it was the first automaker to include an infrared driver monitoring system (DMS) to ensure the driver continued watching the road while going hands-off. That DMS used an infrared camera mounted on the steering column to watch the driver’s eye gaze and head pose even in the dark or while wearing sunglasses.

Canberra, Australia-based Seeing Machines provided the core technology used by GM and is installing similar equipment in vehicles from multiple automakers. Recently, supplier Magna International demonstrated how it has integrated the Seeing Machines technology into the rearview mirror to monitor not just the driver but also passengers in first and second row seats.

The improved resolution, wider field of view, and software upgrades enable this DMS to detect not only where the driver is looking but also if they are holding a phone, belted or unbelted, and even if they are yawning. This technology is likely to be a key pathway to implementing the upcoming anti-drunk driving technology regulation mandated in the 2022 federal infrastructure bill.

However, despite the fact that none of these DMS store or transmit any of the data collected (it’s only used for real-time detection), there are concerns about privacy. Israeli radar startup Vayyar has been developing high resolution imaging radar. Vayyar’s technology was originally created for assisted and automated driving functions. However, it is pursuing in-cabin applications. Ceiling-mounted imaging radar can be used to detect the presence of occupants, their size and even whether they are breathing, all without identifying them.

A technology like this can be extremely useful to provide reminders of small children left in the back seat on hot days, a scenario that causes about two dozen fatalities annually, and thousands of injuries from excess heat. The combination of these sensors can also be used as a control input to other vehicle safety systems.

One of the topics of the panel was how restraint systems such as seatbelts and airbags can better adapt to passengers of different sizes and in different positions. We also discussed how sensing can be used to adjust to the changing nature of occupant engagement as automation increases. Interior sensing will likely be as important as exterior in the coming years, and the conversation needs to continue.