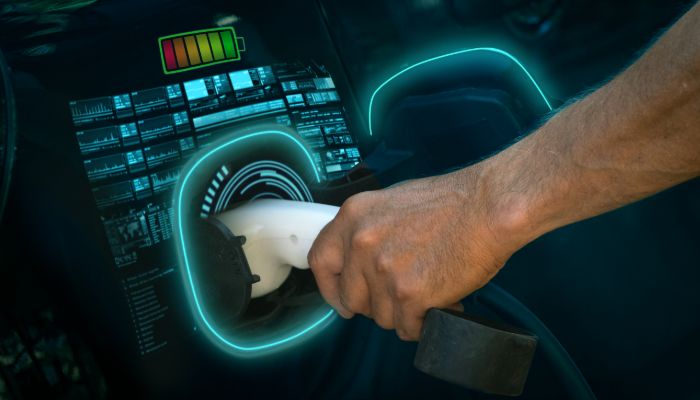 It’s no secret that battery electric pickup trucks are on their way. The arrivals of at least half a dozen models from Rivian, GMC, Tesla, Ford, Lordstown Motors, and Nikola Motor Company have been announced for the next 2 years. One of the top use cases for big pickups is towing, and manufacturers are constantly one-upping each other on tow ratings. Towing poses some unique challenges for EVs, but Ford may have come up with a solution.

EVs Can Tow, but Charging Takes a Toll

The actual towing part is a no brainer for EVs. The instant and constant torque of a motor means that there will be more than enough tractive force to match the best gas and diesel equivalents. When Tesla showed off its Cybertruck in November 2019, they showed it hauling a 14,000 lb trailer, and Ford released a video of its prototype all-electric F-150 pulling a 1 million lb train.

The question is how far can an electric truck tow? The Tesla Model X was the first battery EV (BEV) launched with any notable towing capability, and it could pull 5,000 lbs. Unfortunately, under load, electric motors draw a lot more energy than normal. That Model X is US Environmental Protection Agency rated at 350 Wh/mi. But when Dan Edmunds used one to pull a small trailer on a vacation trip, the consumption was as much 612 Wh/mile, 75% more. When EV advocate Chelsea Sexton used an Audi e-tron to tow a trailer with a GM EV1 to an event in Texas, she had to charge every 100 miles or less, cutting the range in half. This is one of the reasons that diesel engines are so common in heavy trucks. Diesels do exceptionally well under load, with efficiency much closer to unloaded conditions.

The other big challenge is charging a truck with a trailer attached. Gas stations are designed to drive through since fill-ups take just a few minutes. However, charging often takes 30-60 minutes or more. Thus, most EV charging stations with multiple stalls are configured for perpendicular parking, which makes it difficult to pull up in a vehicle with a trailer.

Ford was recently granted a US patent for a removable range extender system for EVs. Unlike the Chevrolet Volt or BMW i3 REx that had permanent engines, the Ford system would package an engine, fuel tank, exhaust system, and electronics in a removable box similar to a tool box. When installed in the truck bed and running, it could extend the range and reduce the need for charging.

A system like this would likely weigh at least 200-300 lbs, meaning it wouldn’t be something to remove and replace all the time at home. However, for someone using their truck to tow a travel trailer for a vacation trip, it might be something that is rented for the trip and then returned. The rest of the time, the truck could be used in purely electric mode.

Commercial fleets that regularly have to tow long distances are more likely to stick with a diesel truck until charging locations reconfigure at least some of their charge points to better accommodate larger vehicles or trailers. However, for local operations where they return to base daily, electric pickups could prove enormously beneficial. Whether or not Ford’s removable range extender ever becomes a real product, it’s a sign of the creative thinking that will be required to expand electrification beyond early adopters to the mass audience.