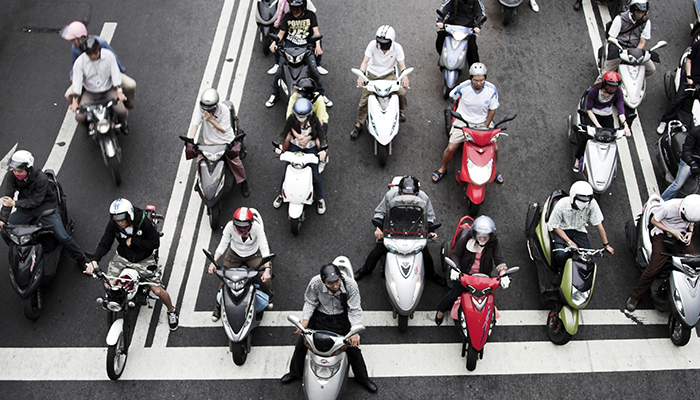 A New Era of Battery Swapping

Phase 1 of battery swapping for E2WVs was defined by vendors manufacturing vehicles for their proprietary battery swapping networks within their domestic home markets. Whether it was Gogoro in Taiwan, Immotor in China, or VinFast in Vietnam, this has been the prevailing model. The JV between Hero and Gogoro marks a new era or second phase whereby battery swapping has become a legitimate technology platform solution that is being exported to OEMs in foreign markets. Gogoro’s platform is expected to eventually be interoperable for any OEM in India that wants to use it (there are currently over 30 seated e-scooter models from six different manufacturers using the Gogoro swapping network in Taiwan). The JV is also likely to extend outside of India and into Hero MotoCorp’s other markets (the company serves 40 countries). A plethora of countries in Southeast Asia and Europe with strong two-wheeler cultures, high urban density rates, supportive policy frameworks for EVs, and a strong desire to reduce urban air pollution will likely be next in line.

The partnership with Gogoro will lead to the first EV offering of any kind from Hero. The fact that the largest two-wheeler manufacturer in the world has chosen a battery swapping platform to facilitate its transition into electrification speaks volumes about the potential of the technology. It also demonstrates the desire and willingness of Hero to push toward large-scale light EV adoption—battery swapping works best in megacities where high densities of users and swap stations create a network effect of supply and demand.

On the other hand, the partnership with Hero positions Gogoro as the premier international platform provider for light EV battery swap deployments. It is also a validation of Gogoro’s proprietary technology and the company’s original strategic vision to become a battery swapping platform and ecosystem enabler.

However, success in India will hinge on key details yet to be released such as vehicle types offered, pricing, and launch cities. Affordable purchase prices and low battery as a service subscription fees will likely be critical in the price-sensitive Indian market. With GDP per capita figures far lower in India compared with Taiwan, Hero and Gogoro will likely need to offer solutions that are priced considerably lower than the current business model in Taiwan.

The importance of this JV to the broader E2WV industry cannot be overstated, nor can the potential impact that the success of this program could have on the everyday lives of Indian residents. India purchases over 20 million two-wheelers annually (with 80% of commute miles daily taking place on two wheels) and is home to 22 of the world’s 30 most polluted cities (with the transport sector being a major contributor). Therefore, large-scale electrification of two-wheelers could drastically improve quality of life and lower air pollution in Indian cities. With a 36% market share of the Indian two-wheeler category in 2020, Hero has the customer base and scale of operations to deliver on that future. The JV between Hero and Gogoro not only marks a major milestone for the E2WV battery swapping industry but could also be a major turning point in the quest for clean, sustainable transportation.