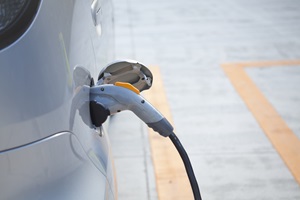 Last month, Bloomberg Business published an article titled “Here’s How Electric Cars Will Cause the Next Oil Crisis.” The article outlined how declining battery costs will make electric vehicles (EVs) attractive alternatives to conventional petroleum powered vehicles, which will then lead to rapid market adoption. Consequently, EVs will then fuel the next oil crisis in the first half of the next decade. Historically, the word “crisis” when used in regard to energy commodities means resources are tight and prices are high; in this case, Bloomberg is using “crisis” to describe the opposite—a price crash on behalf of an oversupply of oil.

Semantics aside, Bloomberg’s analysis assumes that when EVs displace as much as 2 million barrels of oil per day (an amount equivalent to the oil glut that spurred the 2014 drop in oil prices), global oil markets will witness a similar price crash as has been witnessed since 2014. Guidehouse Insights agrees with many of the assumptions Bloomberg uses in projecting EV sales; however, the overall premise of the article—that EVs will cause the next oil crisis—is sensationalist. It misses the bigger picture on energy and transportation, and likely works against Bloomberg’s own prediction.

It is true that EVs displace oil; Guidehouse Insights estimates that the total amount of oil displaced by electric light duty vehicles in the United States from January 2011 through December 2014 was roughly 2.1 million barrels. However, focusing on EVs betrays a lack of comprehensive understanding on other trends in the automotive industry that are likely to be far more impactful to oil markets. These trends include improvements in conventional vehicle fuel efficiency, adoption of partially and fully autonomous drive systems, and the increasing growth of mobility programs as alternatives to vehicle ownership.

The biggest omission in Bloomberg’s article is conventional vehicle fuel efficiency. It’s not a particularly sexy conversation topic compared to electric drive vehicles; however, a small increase in the average conventional vehicle fuel economy has dramatic impacts on oil demand. Consider this: to accomplish the same 2.1 million barrel EV displacement Guidehouse Insights estimated above, the U.S. conventional light duty vehicle fleet needs to improve fuel efficiency by roughly 0.08% in 4 years, which is nothing compared to regulated improvements that are already underway. Guidehouse Insights estimates that U.S. Corporate Average Fuel Economy (CAFE) standards will increase average in-use gasoline powered light duty vehicle fuel efficiency 22% over the next 10 years. Eighty percent of global light duty vehicle markets are governed by increasing fuel efficiency regulations like CAFE standards; when considering the effects of these policies on a global scale, the oil displacement calculations belittle the oil displaced from EVs.

The only trend in the automotive industry that grabs more headlines than EVs is autonomous vehicles, or self-driving cars. The introduction of fully autonomous vehicles may not be too far off; however, adoption of vehicle connectivity and driver assistance systems that allow partial autonomous operation has been underway for quite some time and is penetrating broader vehicle markets at a much quicker pace than EVs. The impact of partially autonomous systems on oil displacement is difficult to measure at this point, but the theory is that if enough vehicles have these systems, there will be fewer accidents, which leads to less congestion on roadways, which in turn has the benefit of increasing the efficiency of all vehicles on the road, both autonomous and non-autonomous.

There’s also declining vehicle ownership to consider. Bloomberg partially acknowledges this trend in its article, claiming that the rise of ridesharing services may also contribute to greater EV adoption because energy cost savings rise in higher mileage use cases. However, if oil prices per barrel stay in the $40-$80 range for the next decade, gasoline-powered hybrids will likely win the energy cost equation over electric drive in most markets for this particular use case. The greater societal shift away from vehicle ownership is not necessarily as much a boon for EVs as it is a detriment to oil consumption. Greater use of alternatives—public transport, bikes, carshare, etc.—increases fuel efficiency per passenger mile traveled.

The Bloomberg article likely grabbed a great deal of attention by singling out EVs as the cause of the next oil crisis. However, publishing an article that misrepresents the potential impacts of EVs in the greater context of transportation and energy sector trends provides established oil interests a political target in a particularly active election year. With oil prices low and the return of the United States as a leading oil producer, the economic and geopolitical concerns tied to oil consumption are significantly lessened. Therefore, policymakers may be more amenable to reforms that negatively affect EV sales.

While Guidehouse Insights agrees with many of the assumptions Bloomberg makes regarding battery prices and vehicle costs, these assumptions are largely contingent upon scale—and at this stage in the EV adoption curve, scale is a function of positive governing policy.

It’s unlikely that oil interests would be able to end federal EV purchase subsidies, but they have greater influence at lower levels. State and local governments are low-hanging fruit, and oil interests are likely to be effective at ending state subsidies and/or tacking on additional fees for EV owners who pay none or very few of the gas taxes that fund road upkeep. While the Bloomberg article is not igniting oil industry concerns regarding EVs, it adds fuel to their interests. This may be good for Bloomberg, but not so much for EVs, and therefore not so much for the “crisis” prediction.

Automakers Protect Their Turf by Cannibalizing Themselves

Automakers Protect Their Turf by Cannibalizing Themselves