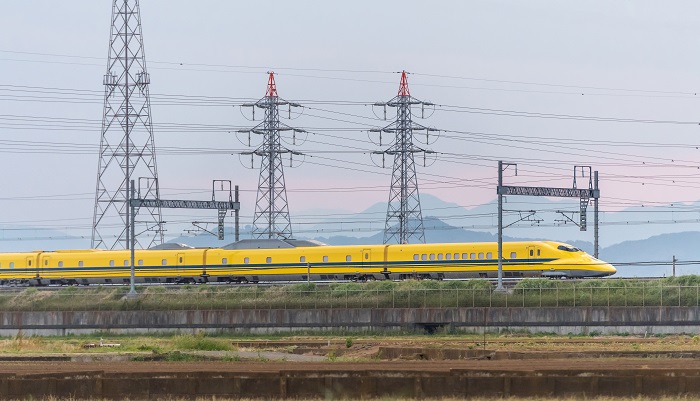 High speed rail (HSR) has experienced significant penetration across much of the Europe and Asia Pacific markets, with over 25,000 miles of HSR lines in operation globally. The near-term prospects are also strong—over 10,000 miles of HSR lines are currently under construction. As HSR lines continue to expand around the world and new forms of high speed ground transport (HSGT) such as hyperloops are deployed, the aviation and oil industries will have to adapt their strategy to avoid losing significant business.

In Spain, the introduction of an HSR line between Madrid and Barcelona resulted in air travel being reduced by 27% between the two cities in the first year of operation. The rapid growth of HSR in China has resulted in domestic airlines reducing prices on airfare and cancelling numerous regional flight routes. Roughly twice as many people in China now travel by HSR compared to domestic airlines. The California High-Speed Rail Authority (CHSRA) estimates that by 2040, California’s HSR system will reduce vehicle miles traveled (VMT) in the state by 10 million miles per day. Over a 58-year period, vehicle traffic on the state’s highways would be reduced by over 400 billion VMT. The CHSRA also estimates that starting in 2030, between 93 and 171 flights will be eliminated daily in California and 12.7 million barrels of oil will be offset annually.

The proliferation of hyperloop technology could accelerate these trends even further. If hyperloops could eventually operate close to their theoretical top speed of 760 mph, short-haul airlines wouldn’t be the only flights at risk of ceding market share—medium and even long-haul flights could also lose significant business. According to the International Union of Railways, 80% of travelers choose HSR over airplanes when traveling 2.5 hours or less. Hyperloops that shorten 4-5 hour air traveling times down to a few hours (both from higher top speeds and avoiding the time-consuming hassles of airports like check-in and security lines), would cause major disruption to aviation markets. Since HSR and (eventually) hyperloops use electricity and are much cleaner than flying, oil companies will also increasingly lose business as the HSGT industry continues to expand. The International Transport Forum estimates the average CO2 emissions of HSRs in Europe is 17 g per passenger, compared with 153 g for airplanes.

Aviation and Oil Industries Must Adapt

Reducing travel times and improving mobility between cities will be important for sustainable economic growth in the 21 century. HSGT technologies such as HSR and hyperloops can link cities into economic megaregions and help the transportation system become more energy efficient. Regional air travel, VMT, and oil consumption will continue to decrease while HSR numbers increase and hyperloops and other HSGT forms are deployed globally. Airlines will have to electrify their planes or use cleaner fuels to stay competitive with HSGT in a low carbon economy, and oil companies will need to pursue new business opportunities such as EV charging to offset their losses.

Hyperloops Inch Closer to Reality in 2019

Hyperloops Inch Closer to Reality in 2019