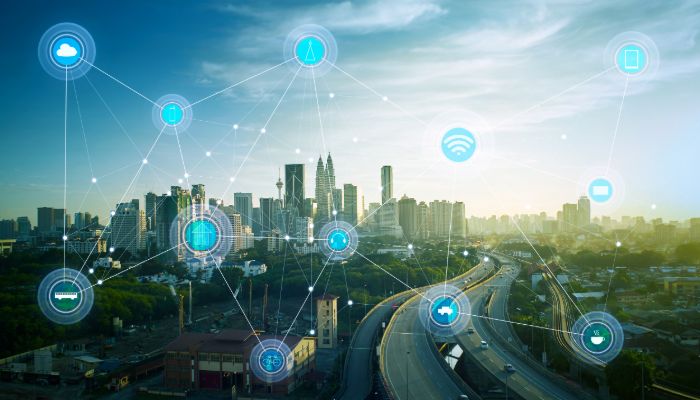 Grocery store owners and operators experienced a good-news-bad-news type of year. On the positive side, revenue have been up for many major stores as they navigate the coronavirus pandemic and keep stores open. Kroger reported 3Q sales up 10.9%, which was well ahead of the same period in 2019 at 2.5%. Kroger’s digital sales also grew at a healthy 108%. Costco reported increased net sales at 16.9% for 2020, and e-commerce sales soared 86.2%. Albertsons saw a 13.8% increase during in 2Q, and its digital sales shot up 243%.

Amazon Is a Lurking Threat to Grocery Chains

There is some industry concern despite growth, however. Costco reported a softening in sales as its business experienced a rough start to its holiday season on Black Friday. And the wholesale giant reported a significant expense of $212 million related to pandemic-premium wages. While its e-commerce efforts have been a bright spot during the pandemic, there are potential threats in the longer term for Costco as more consumers stay with online buying. The same could be said for other traditional grocers. Their move to enable more online or digital sales has been impressive, but Amazon is a lurking threat. For several years the company has moved aggressively in the opposite direction from online-only sales to some brick-and-mortar stores including grocery outlets. Whole Foods, purchased by Amazon in 2017, helps drive a new revenue stream for Amazon and poses a threat to traditional grocery competitors.

Amazon has a leg up on the future of grocery stores. The company has been experimenting with several grocery store strategies, including cashier-less checkout and analytics-driven processes that aim to reduce friction associated with traditional grocery stores. The Amazon Go store concept was introduced in 2018 and enables shoppers to select products. The payment process is linked to data from cameras and shelf sensors, enabling automatic charges to the buyer’s account—no cashier needed.

Amazon also announced it will license its cashier-less Just Walk Out technology. In the Just Walk Out scenario, a shopper only needs a credit card to make purchases. There is no need to download an app or create an Amazon account. Additionally, Amazon has developed another spin on the grocery shopping experience called Dash Cart. Instead of cameras and shelf sensors, shopping carts are fitted with computer vision technology and sensors that identify products placed inside. When the shopper leaves via the store’s Dash Cart lane, the system automatically calculates the bill and deducts the amount from the customer’s credit card, which is associated with their Amazon account.

Supermarkets’ Stakes Are Higher than Ever

Amazon's new shopping processes put added pressure on other grocery store owners and managers. They must decide whether to adopt new processes from a competitive standpoint or stay with current approaches and run the risk of getting left behind. There is also the question of how much shelf space and how many square feet will be needed if grocery shopping in the future is done in smaller spaces because people could shift more of their buying to online. Giant supermarkets are not necessarily dead, but their long-term future does seem in doubt.

The traditional business model for grocery stores is evolving. Is it a lost cause for Amazon competitors? No, according to journalist and multimedia executive Diane Burley. She believes that competitors can combat the Amazon factor, but will need to adopt some of the same AI and data-driven solutions to stay in the game. It is hard to argue against that point as reduced friction is a winning formula for grocery store operators and others in bricks-and-mortar retail.