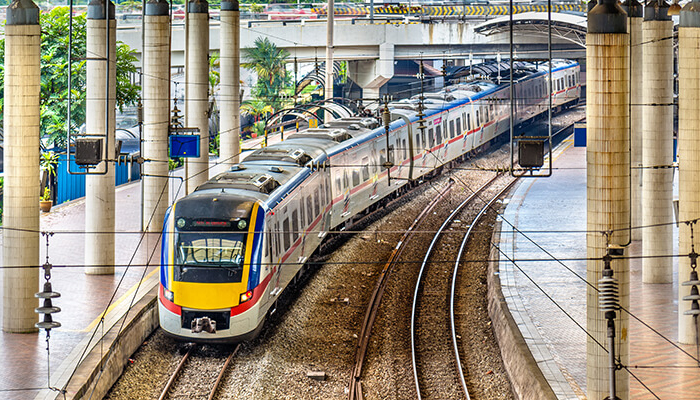 General Motors (GM) has been developing hydrogen fuel cells for nearly 6 decades; the company built and drove the first ever fuel cell vehicle (FCV) in 1966. I've personally been following the development of the technology for over 2 decades, and the first professional drive review I ever wrote was for the Ford Focus FCV. Throughout that time, it has seemed as though FCVs were perpetually 5 years from going mainstream. Along the way, development of batteries accelerated while hydrogen-fueling infrastructure languished. Now as GM and Honda have collaborated on a fuel cell system designed for volume production, GM is taking the technology to new markets: interstates, rails, and the skies.

New Lengths and Heights for FCVs

Hydrotec, GM's version of the fuel cell system co-developed with Honda, plays a major role in recently announced collaborations with Wabtec, Liebherr-Aerospace, and Navistar. The latter will use Hydrotec fuel cell stacks on its upcoming International RH electric trucks. Both the Wabtec and Liebherr-Aerospace projects combine Hydrotec fuel cell stacks with GM's Ultium battery systems. These batteries, which are to be produced by the GM-LG Energy JV, will be the heart of GM's new generation of electric ground vehicles with lithium-ion cells and new heavy duty FCVs from Navistar, planned for 2024.

Additionally, GM and Wabtec are jointly developing a locomotive using the automaker's propulsion and energy storage technology. This will produce an emissions-free electric locomotive that doesn't require running pantograph lines along the tracks. Modern locomotives already use electric propulsion, but the power comes from diesel-driven generators. The fuel cell can replace this generator, operating steadily and efficiently, while battery packs act as an energy storage buffer to simultaneously provide power for accelerating and enable regenerative braking.

Meanwhile, the collaboration with Liebherr-Aerospace will initially focus on developing auxiliary power units (APUs). On most modern commercial aircraft, the APU is a generator driven by a small turbine engine in the back of the craft, which powers electrical systems.  This adds noise for passengers in the rear of the cabin as well as atmospheric CO2 emissions. A fuel cell stack would reduce noise and emit only water and heat. The heat can be used for cabin climate control while the water can be used for cabin humidifiers and toilets. Together, this can reduce the amount of water an aircraft carries by up to 2,000 pounds. In the long term, a distributed network of fuel cells at various locations around the aircraft could potentially reduce wiring requirements, further reducing aircraft mass.

Aside from the cost of the fuel stack—which GM addresses with a design that considers manufacturability and significantly reduced catalyst requirements—fueling infrastructure presents a challenge for using FCVs in consumer vehicles. Consumers expect to be able to drive anywhere at any time and expect fuel to be available. With only about 40 hydrogen stations in California, the operating range of FCVs is currently limited. However, commercial applications have a much more restricted operating domain and would require far fewer hydrogen-fueling locations. Trucking depots, major highway stops, train stations, and airports offer more limited requirements for building infrastructure. At airports, for example, once hydrogen fueling is in place for aircraft, it could also be used by ground support vehicles (like tugs), further reducing emissions.

Despite the improvements in batteries, they are still a long way from being viable for large aircraft, trains, or long-haul trucks. Still, fuel cell technology has the potential to enable substantial emission reduction while expanding the use of electrification.