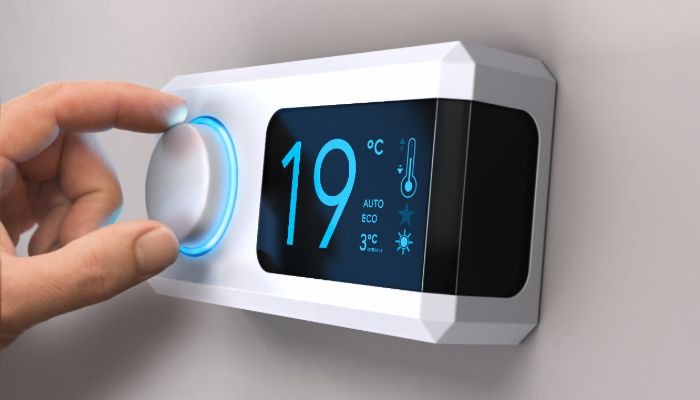 There are regional differences when it comes to managing indoor temperatures for occupant comfort. For example, most US households have central air conditioning (AC) that cools the house, whereas Japan (and most other countries in the Asia Pacific) largely prefers ductless mini-split AC, only cooling rooms in use. Compared to Japanese households, US households also seem to prefer colder temperature settings.

Gas Cooling and Heating in Japan and Korea

Overall market trends reveal regional differences in technology adoption. In the US, electrification through electric heat pumps (EHPs) is increasingly common for space cooling and heating. Utilities, cities, and states would like to reduce greenhouse gas (GHG) emissions through use of clean power. Increased renewable energy capacity in North America can power EHPs instead of burning fossil fuel. Japan has supported gas cooling and heating to reduce the burden on the electric power grid. About 20% of space cooling is composed of gas cooling in the country.

Japan’s gas heating and cooling systems include absorption chillers and gas-driven HPs (GHPs). GHPs use a traditional vapor compression cycle, but the gas engine drives the compressor directly instead of an electric motor like an EHP. Japanese manufacture Sanyo and gas utilities (e.g., Tokyo Gas and others) commercialized the first 15 hp GHP in 1985. In 2020, Japanese gas utilities and HVAC manufacturers have continued improving their GHP technology in efficiency, operation range, and ease of installation.

Gas cooling and heating are slowly expanding to markets beyond Japan. In 2011, a South Korean power plant created a large-scale blackout because of its inability to respond to load during an unpredictable heatwave. This created a need to better distribute cooling loads in the summer. The South Korean government incentivized gas cooling (for absorption chillers and GHPs) in 2012. The country’s GHP market has been active since 2003 and has grown fast since 2013 due to government support. In 2021, Korea Gas Corporation announced a pilot program using gas for cooling in power peaks. The program provides incentives to those who use gas as an energy source for AC instead of electricity. 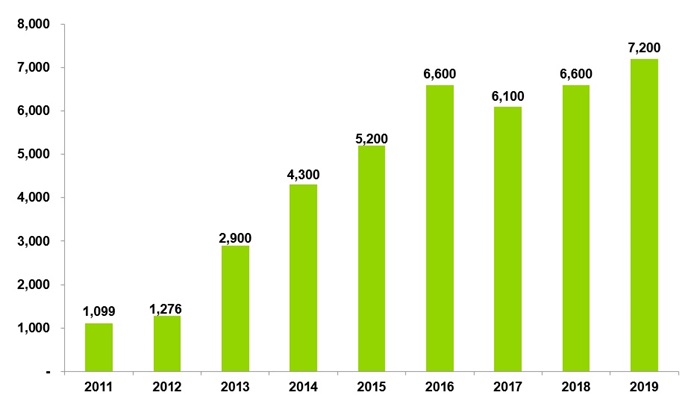 Many Asian manufacturers are trying to grow their business in regions including China and Europe. Although GHPs are a niche market in Europe, many Japanese companies are trying to expand. Panasonic's GHP installation in the UK and Yanmar's partnerships exemplify this. Industry players seeking the gas cooling and heating (and GHP) market opportunity should look to various markets, in particular Asia Pacific and Europe.

Manufacturers and gas utilities should watch for technological advancements or convergence. GHPs can be integrated with EHPs as an efficient hybrid concept. For instance, depending on a source’s demand, Panasonic’s hybrid solution can reduce energy costs by automatically switching between GHPs and EHPs. Absorption chillers can also use waste heat from a fuel cell instead of burning gas—such a combination can be another solution for sustainable energy use. Doosan, a South Korean energy company, plans to participate in the Korea-China Smart Farm Village project in Pocheon. It also plans to apply fuel cells in combination with absorption chillers for cooling. Moreover, the development of a hydrogen boiler (which combines a hydrogen boiler with an EHP) may represent another sustainable hybrid solution for the future. Technological improvements and the convergence of solutions should keep pace with expanding a regional business, making GHPs a technology to watch.

HVAC Solutions Can Prevent COVID-19 in Schools and Save Costs

HVAC Solutions Can Prevent COVID-19 in Schools and Save Costs