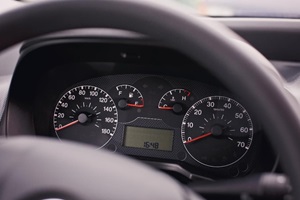 It is often harder to be a century-old company with a record of profitability than it is to be a young one with potential. This sums up the difference between legacy automakers like Ford and Tesla. With only two profitable quarters in its 14-year history, Tesla’s most recent resulted from strategic timing of paying bills and delivering cars. Meanwhile, Ford—despite periods of losses over its 114-year history—has generated immense profits, including records in the past 2 years. Nonetheless, Tesla is the darling of Wall St., while now former Ford CEO Mark Fields and communications VP Ray Day lost their jobs over the weekend.

In the 3 years since Fields succeeded Alan Mulally, the company’s stock price has dropped more than 35% despite record profits. Pre-tax 2017 profits are projected at $9 billion, which is more than Tesla’s total 2016 revenue of $7 billion. Yet, Tesla’s market cap recently topped that of both Ford and General Motors (GM). Clearly, the markets are placing their bets on the perception of where these companies are going in the coming years rather than on the fundamentals of each business.

Fields has been on point in Ford’s effort to be perceived as a forward-thinking technology company since his 2007 CES debut with Microsoft founder Bill Gates to announce SYNC. Even with repeated Las Vegas keynotes by Fields and Mulally and countless investments in developing automated driving and mobility services, investors perceive Ford and other companies that manufacture and sell physical objects as laggards compared to software startups.

Ford isn’t alone in this perception battle. Most automakers are making the pilgrimage to CES to woo the tech community. While few have been hit as hard as Ford, none of the incumbents are getting the love shown to Tesla.

In our Guidehouse Insights Leaderboard Report: Automated Driving, Ford, GM, Renault-Nissan, and Daimler scored highest and ahead of several technology companies. Waymo is arguably somewhat ahead on the pure technology front, but automakers have necessary pieces such as manufacturing, service, distribution, and support infrastructure to make viable mobility businesses. Additionally, automakers have a proven ability to deliver physical products—not just the components and software that control them.

Ford’s leadership team, including Executive Chairman Bill Ford, EVP Joe Hinrichs, CTO Raj Nair, and many others, all supported the direction the company was heading under Fields. However, investors didn’t seem to believe in it.

During a press conference with new CEO Jim Hackett, Ford and Hackett both emphasized that the overall strategy of transformation into a mobility services company is moving full steam ahead. Hackett, who comes to the role from being chairman of Ford Smart Mobility LLC, aims to reinforce the strategy and focus on executing the plans. The elevation of Marcy Klevorn from CIO to EVP and the newly created role of President, Mobility highlights this ongoing commitment.

While Hackett’s success or failure won’t be evident for several years, Ford still needs to change investor and public perceptions to boost its stock price and the sales of vehicles it has today. That challenging near-term task falls to Mark Truby, who moves over from Ford of Europe to replace longtime PR chief Ray Day. Day and his team have had successes on the product communications front, but changing the overall perception of the company among investors who have favored high flying tech stocks has been elusive. Whether Truby or anyone else can succeed will be crucial.