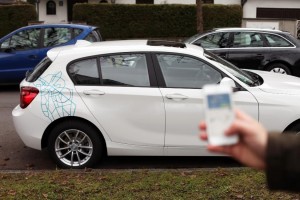 At first glance, the FordPass smartphone app seems like an also ran, a remote control app similar to what other automakers have been making for years. However, after spending a week driving the 2017 Ford Escape and having a conversation with Don Butler, Ford’s executive director of connected vehicles and services, it’s clear that FordPass is the beginning of something potentially much larger. This is the first automaker-produced app that is specifically designed to provide services even to drivers who don’t own a vehicle from that brand.

The 2017 Escape and Fusion are the first Ford-brand models to offer SYNC Connect, the company’s new telematics service. Ever since Ford announced its SYNC mobile device connectivity system in 2007, the company has focused mainly on brought-in solutions. SYNC has used the phone to enable features like automatic emergency calls and vehicle diagnostics. Connect adds a 4G LTE data modem to the redesigned SYNC 3 that debuted in 2015. Until now, Ford had only used embedded cellular telematics on its premium Lincoln models and plug-in electric vehicles.

The addition of a built-in data modem enables Ford to add capabilities such as remote start and lock/unlock similar to what GM’s OnStar and other telematics systems have offered for 20 years. However, unlike most other automakers, Ford has opted not to charge any subscription fees for SYNC. Basic services will be provided for 5 years at no additional charge beyond the option price of Connect. OnStar now provides 5 years of free basic services on new cars and 3 years on vehicles from 2011 on that are reactivated. Premium brands such as BMW include up to 10 years of service in the purchase price of the vehicle.

The FordPass app was developed in collaboration with San Francisco, California-based Pivotal, a cloud platform development company. Following the spring 2016 launch of FordPass, Ford also announced a $182 million investment in the company. “Ford is reorganizing into a hardware, software, and services company,” said Butler at the recent TU-Automotive Detroit conference. “We recognize that software and services cut across multiple boundaries and FordPass is a platform for delivery of some of those services.”

Guidehouse Insights’ recently published white paper, Transportation Outlook: 2025 to 2050, projects shifts in the current model of vehicle ownership. As this model changes, Ford wants to be ready to manage the new relationship that people have with mobility. FordPass is a component of the automaker’s new Smart Mobility subsidiary that is structured to capitalize on business partnerships, much like Ford Credit. The full business model of FordPass is still being worked out, but one of the first elements that extends beyond vehicle control, roadside assistance, and live chat support is parking. FordPass will enable users to find, reserve, and soon even pre-pay for parking—regardless of the brand of vehicle they drive. It also will likely include some revenue-sharing component with partners in exchange for leads. 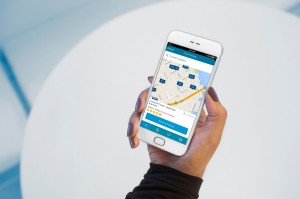 At the 2016 North American International Auto Show in Detroit, Ford used the platform to reserve parking spaces available for media. Drivers only had to show a QR code on their phones to gain access. Other potential future additions to FordPass include localized deals with other merchants, usage based insurance, or ride-hailing systems such as the Dynamic Shuttle service that Ford is currently piloting at its Dearborn, Michigan product development campus. The shuttle service was deployed prior to the release of FordPass, but it could be easily integrated in the future along with carsharing and bike-sharing, or even transit passes.

Ultimately, for Ford and every other automaker, it comes down to expanding the scope of their business from manufacturing and selling vehicles to moving people and goods from place to place efficiently.