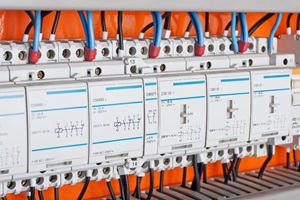 Since the initial installation of smart meters in Italy began in 2001, the adoption of these smart devices has grown rapidly among industrialized nations throughout the world. Traditional electromechanical meters, along with automatic read meters, are now quickly being phased out in lieu of this newer technology. Italy, through its monopoly utility Enel, helped pioneer this movement through the deployment of 32 million smart meters across the country. Now, 10 years after the initial project completion, Enel is set to roll out a fleet of second-generation smart meters that will help kick-start the nascent upgrade and replacement market.

Enel began its foray into smart meters back in 2001 with the commencement of its Telegestore project. Completed in 2006 at a cost of $2.87 billion, this project saw the installation of approximately 30 million smart meters for Italian households and businesses. Additional deployments have brought this total to approximately 32 million today. The success of the project contributed to the advancement of the smart meter movement, as it provided a valuable template for other utilities looking to get their feet wet. During implementation, Enel reported that 80 utilities had visited the company to gain insights into the Telegestore project. Ultimately, this project helped demonstrate the feasibility and financial and operational benefits that smart meters can provide to the utility industry.

In the fall of 2017, Enel will begin the process of replacing its fleet of 32 million smart meters with its new Enel Open Meter. This decision is being driven by increased smart meter performance and functionality, as well as dramatically lower costs since Enel’s initial go-around. This new technology will offer faster changes of supply, the elimination of fixed time bands, and the availability of data on electricity use. Also under the umbrella of this project is Enel’s fiber-to-the-home initiative, which will see 224 towns across Italy connected to ultrafast broadband at a cost of over $2.8 billion. The utility is beginning to invest in this innovative communications solution due to the vast reduction in fiber thickness realized over the past decade, meaning Enel will mostly be able to avoid digging up streets for installation.

The smart meter market is still primarily driven by first-generation installations. Global penetration of smart meters is expected to hover around 30% by the end of 2016, leaving over 1 billion traditional devices still in the field. That said, the combination of shorter smart meter lifecycles and rapidly growing penetration will help advance the update and replacement market in the coming years. Some activity is already being seen with utilities like Arizona Public Service and Salt River Project, but until large volumes of smart meters near the end of their lifecycles, the market will remain limited. Italy, through this large-scale upgrade project, should provide a valuable case study for other utilities to examine the costs and benefits of a relatively early replacement project.

AMI in Latin America: Moving beyond Mexico and Brazil

ComEd Takes Next Step toward Becoming a Utility of the Future

AMI in Latin America: Moving beyond Mexico and Brazil

ComEd Takes Next Step toward Becoming a Utility of the Future