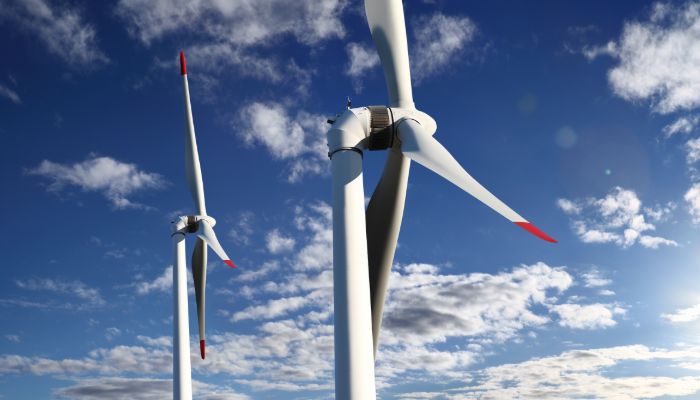 In early July, a record amount of renewable energy was secured through the most success-ful round to date of the UK government’s flagship auction scheme. The fourth round of the Contracts for Difference (CfD) scheme secured almost 11GW across a range of clean tech-nologies, approximately 7 GW of which will be offshore wind. The result is a series of awards projects across the UK, including the world’s single largest offshore wind farm. Amidst a renewed emphasis on the European energy transition, the UK has earmarked wind energy to play a central role in meeting net-zero and energy security commitments, and both the industry and policymakers are stepping up to the mark.

UK Offshore Wind Prices Have Fallen to an All-Time Low

The CfD scheme is the government’s main mechanism for supporting low-carbon electricity generation, protecting project developers from volatile wholesale prices, and ensuring a fair price for consumers. Following the most recent allocation round, the UK government announced that the contract price for windfarms was nearly 6% lower than the 2019 auction. Offshore windfarm operators will sell power for as little as £37.35 ($43.64) per megawatt hour, a highly competitive price given supply-chain constraints and global inflationary pressures, closing the gap on onshore wind and solar PV. While technology improvements and established logistics influence cost reductions, the driving force stems from ambitious government targets. Signed in 2019, the Offshore Wind Sector Deal set a target of at least 30GW operational capacity by 2030 providing over 30% of UK electricity. Guidehouse Insight’s Global Wind Energy Database 2Q22 anticipates capacity to increase at a compound annual growth rate of 11.1% through 2030, to a cumulative capacity of over 33 GW.

Recently announced projects include the 1,080 MW Inch Cape Phase 1 in Scotland and the 2,852 MW Hornsea Three in England, which upon completion will be the world’s largest offshore wind zone. Hexicon’s 32 MW TwinHub in the Celtic Sea secured a CfD from the UK government in July, becoming the first ever floating wind project to do so and securing 15-year revenue support in the process.

European Governments Are Signaling Their Intent

Guidehouse Insights forecasts the UK, Germany, and the Netherlands, to be Europe’s strongest performers in terms of total annual wind capacity additions between 2022 and 2031, and falling costs are not the only driver. New Dutch offshore auctions focus heavily on non-price criteria, recognizing and rewarding wind energy’s added value and emphasizing ecology and system integration. France, Germany, and Belgium are all building these criteria into their auctions. The introduction of such measures and increasingly ambitious capacity targets shows the appetite to capitalize on the renewed emphasis on wind energy. Governments shouldn’t stop there - next steps should concentrate on streamlining of regulation to shorten the permitting process and addressing supply-chain instability and rising raw material costs. Priorities for developers include reducing operation and maintenance costs and improving digitalization to unlock performance data and allow preventive maintenance to reduce forced outages.