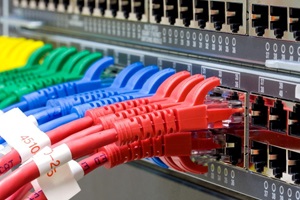 In November last year, General Electric (GE) announced that US utility Exelon had signed a major deal to use the Predix platform to analyze data from its entire generation fleet. The enterprisewide agreement covers data from Exelon’s 32,700 MW portfolio of nuclear, wind, solar, hydroelectric, and natural gas power. Initially, Exelon will use Predix to help improve operational efficiency: it is targeting efficiency gains of up to 5% and operating and maintenance cost reductions of around 25%.

This was one of the most newsworthy announcements in the utility IT space in 2016, as it marks one of the first major shifts to cloud-based analytics of a large utility’s OT data. It is also GE’s largest Predix deal to date and helps validate the large bets the company has made in the OT analytics space, particularly its acquisition of Bit Stew (data ingestion) and Meridium (asset performance management).

Utilities and the Cloud

When the cloud was a hot topic in the broader IT world 4 or 5 years ago, there was little to write about in the utilities industry. This changed when utilities started to migrate back-office applications such as enterprise resource planning (ERP) and customer relationship management (CRM) to the cloud. Since then, there has been an acceleration of certain IT systems to the cloud, but utility OT applications have remained resolutely on-premise.

As utilities have become more comfortable with the cloud concept, it was only a matter of time before the OT world caught up with IT. Other IT vendors (e.g., Oracle with its Dataraker product) have already recorded numerous successes analyzing utilities’ grid data in the cloud. However, until now, the vast majority of these projects have been small-scale proofs of concept or have focused on smart meter data analytics.

Exelon’s Predix deal marks a new era in cloud-based OT data analytics, as it involves the analytics of large volumes of operational grid data from preexisting sensors. This data has historically been fed into data historians, where it was then cleansed, extracted, and analyzed. The process was inefficient and relied on significant IT resources. By streaming data as soon as it is created into the Predix cloud, Exelon will be able to build a real-time view of its assets’ performance. And while the project will initially focus on asset performance management, if the project is a success, there is little to stop Exelon developing new use cases, particularly in network management.

GE is excited by the deal—it is one of the three largest software deals the company has ever closed—and expects more data from critical infrastructure to go into the cloud soon. While it has obvious strengths in asset performance management (APM), it also expects network management applications to migrate to the cloud. While we recommend a certain amount of circumspection (after all, one big deal does not signify a lasting trend), if analytics start to deliver the promise for huge cuts in operating costs, regulators will start to demand that utilities use these tools to cut customer costs.

Discussions of the deal with GE late last year highlighted yet again how vital C-level sponsorship is when driving digital transformation within a utility business. Exelon’s C-suite has been instrumental in the company’s adoption of new technologies, and GE has invested a great deal of time with executives to support them in making this change possible. There will be no digital transformation without C-level buy-in: the cultural and technological changes required are too great to be driven from individual departments.