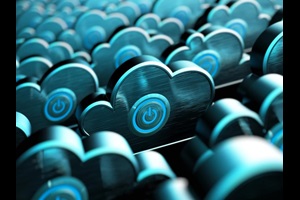 The pace and impact of change in the utilities industry globally is unrelenting. Europe is no exception, and you could argue that the pace of the energy transition in Europe is faster than anywhere else in the world. The European Union (EU) as a market is the largest energy importer in the world, importing 53% of its energy at an annual cost of around €400 billion (~$447 billion). This drives many aspects of energy policies, including placing the EU at the vanguard of grid reform over the past decade. In this blog series, we will share our view on the energy transition in Europe by describing the megatrends and tipping points. Each of the following megatrends is changing the way we produce and use power in Europe. Together, these megatrends are revolutionising the energy industry.

1. Rising number of carbon emissions reduction policies and regulations: The long-term impact of the Paris Climate Agreement will be significant. The agreement will focus on limiting global warming to well below 2 °C (3.6 °F) by the year 2100. A record number of countries (175) signed the agreement, which they must now each ratify and approve, which could take some time. But European countries, provinces, cities, and utilities are not waiting. They are taking actions now toward the outlined objectives and targets of the agreement. In fact, sustainability objectives between government, policymakers, utilities, and their customers are more closely aligned than ever before. Globally, numerous cities have committed to 100% clean energy, including European cities like Copenhagen, Denmark; Malmo, Sweden; and Munich, Germany. The EU has shown no signs of slowing down in its ambition to standardise reform across unique markets through regulatory and policy momentum. A single energy market for EU member states is an enabler—if not a necessary condition—in a policy of an “ever greater union,” with or without the UK. Meanwhile, the UK has enacted legislation to deliver emissions reductions consistent with the 2 °C target through the Climate Change Act of 2013 and the commitment to remove 100% of coal-fired generation from the UK system by 2025. As the EU moves with ever greater momentum, Guidehouse believes other European countries in the hinterland around the EU will also be swept along. This is in part because these counties will seek to gain from the triple bottom-line benefits (climate sustainability, increased efficiency and productivity, and greater energy security), and in part because the EU as a trading partner will require compliance with these standards, policies, and regulations.

2. Shifting power-generating sources: According to the U.S. Energy Information Administration (EIA), net European generation capacity will increase by 7 GW in 2016. Much of Europe’s new capacity now comes from renewables, with close to 75% of new capacity coming from wind (44%) and solar (29%). While some new coal (16%) and gas (6%) capacity was added, far more coal and gas assets were decommissioned. As a result, net new capacity in Europe is virtually 100% renewables. While recent solar subsidy cuts have tempered its growth, wind is marching inexorably onwards. There is still no effective utility-scale solution to the inherent intermittency in renewable generation, with storage solutions and grid interconnection/active management still lacking penetration at scale. Natural gas is therefore the obvious bridging fuel during the shift to renewables. Given the abundance of natural gas availability globally, lower long-term prices, and increasing import capacity in Europe, we expect more natural gas generation capacity to come online in the future, at least for the mid-term. More traditional generation assets, particularly coal and nuclear, face an uncertain future. For coal, every scenario looks dark—at best bad and at worst grim. Older coal plants are being phased out; others are being converted to burn biofuels. Nuclear power accounts for 25% of all European electricity consumed, and any change in nuclear’s role in the generation mix will take time to implement. However, nuclear power highlights the significant differences in national energy policies across the EU and the wider European context. Nuclear was effectively killed in Germany, yet still may enjoy a renaissance in the UK if the British government decides to move forward, and new plants are under construction in France, Finland, and Slovakia. Germany has undergone the most significant generation source transition in Europe: it leads the market in renewables capacity, while its nuclear decommissioning programme has been accelerated. As a result, its two largest utilities are separating their businesses to focus on the one hand on renewables, grid modernisation, and distributed energy resources (DER), and on the other hand traditional generation and trading. Germany has become a net exporter of power and the knock-on effects of this shift in power generation sources means neighbouring countries have had to significantly change their networks to manage the impact of intermittency on their own systems and more investment in their own grid.

3. Delivering shareholder value through mergers and acquisitions (M&A), restructuring, and divestment: New industry ventures, M&A, and divestitures are happening at a rapid pace. In the search for shareholder value through scale, increased synergies, and reducing exposure to less performing businesses, this is a path that utilities will continue to explore. European renewables leader DONG Energy became the largest IPO in 2016 with a valuation of approximately €13.5 billion (~$15 billion), and RWE Innogy is slated for its own IPO by year-end. Engie and Centrica are investing billions in creating new DER and energy services businesses with numerous acquisitions. EDF, Enel, and others continue to acquire assets outside Europe in a search for global expansion and shareholder value. All this has been occurring while much of the 2016 M&A activity so far has been the divestment of non-core assets, with 1 GW of utility-owned wind assets sold to investors in 2016.

4. Globalisation of energy resources: The EU actively seeks to deliver Europe’s 2030 climate and energy targets while ensuring security of supply and affordable prices. The EU also seeks to be a world leader in renewable energy. Achieving these goals requires a transformation of Europe’s electricity system, including the reconfiguration of individual member state electricity markets into a single energy market. The EU must also achieve a balance with meeting consumers’ expectations, delivering benefits from new technology, and facilitating investments in renewables and low carbon generation while also recognising the interdependence of member states. A critical part of this initiative is connecting isolated national and regional electricity systems to secure supply and helping to achieve a truly integrated EU-wide energy market—a key enabler for the continent. While the UK’s vote to leave the EU raises a number of questions about future policy, it is too early to call what impact Brexit will have on the UK’s participation in the EU’s future single energy market. What is clear is that a focus on greater levels of interconnection (both offshore and onshore) and energy efficiency will continue to be necessary aspects of EU energy policy and will continue to receive much scrutiny.

5. New entrants and converging industries: With €1.3 trillion (~$1.5 trillion) in new industry value up for grabs globally, new entrants see value in European power markets, which is disrupting the traditional utility industry and taking market share away from utilities. These new entrants include manufacturers; technology companies (from startups to global powerhouses like Apple, Amazon, and Google); telecommunications and other data, content, and network providers; and even some oil & gas companies (like Total). For utilities, it will become more expensive to address a smaller market with the resulting impact on margins. Europe is no exception, and with significant opportunities for growth across the value chain and new energy and digital technologies available, we see new entrants investing in renewables, DER (distributed generation, energy efficiency, demand response, energy efficiency, etc.), energy management, smart cities and infrastructure, and transportation. Guidehouse sees many cross-industry movements between utilities and oil & gas. Shell getting back into renewables and Total announcing the creation of a Gas, Renewables and Power division—which the company has said will help drive its ambition to become a top renewables and electricity trading player within 20 years—are examples of this new competition’s encroachment on traditional utility markets.

6. The power of customer choice and changing demands: Whether residential, commercial, or industrial, customers want to control their electricity usage and spend, as well as when and what type of power they buy. But beyond having supplier options (in competitive markets), customers now want the ability to self-generate and sell that power back to the grid. Many residential customers in Europe have and will continue to install rooftop solar, and despite the reduction of subsidies in some countries, overall residential distributed generation will continue to grow. On the commercial and industrial side, large corporations like Amazon, Apple, Cisco, Google, HP, Mars, and many other large energy buyers in Europe have increased their focus on sustainable energy solutions. For example, Swedish furniture retailer IKEA plans to completely shift to renewable energy by 2020 and will invest up to €1.5 billion (~$1.7 billion) in wind and solar energy as part of new safeguard nature strategy. The company does not rule out becoming a net energy exporter, potentially selling the surplus of energy to suppliers or customers. The key question is who will capture the value of more local (distributed), broader (energy management), and individualised energy—the incumbents or the disruptors?

7. The emerging Energy Cloud: Old infrastructure is being replaced, and the trend toward a cleaner, distributed (flexible), and smarter energy infrastructure, known as the Energy Cloud, will accelerate. The Energy Cloud is an emerging platform of two-way power flows and intelligent grid architecture expected to ultimately deliver higher quality, greener, and more affordable power. While this shift poses significant risks to incumbent power utilities, it also offers major opportunities in a market that is becoming more open, competitive, and innovative. Fuelled by steady increases in DER, this shift will affect policy and regulation, business models, and the way the grid is operated in Europe. The work by EU member states in decarbonising and digitalising the grid has made the region a global leader in energy transition and puts Europe at the forefront of testing Energy Cloud reform through policies that mitigate carbon emissions, expand the role of distributed generation, and promote smart grid initiatives.

These megatrends cannot be underestimated. They are accelerating transformation in the European energy industry, enabling the entry of new players, putting pressure on incumbent players, and altering traditional strategies and business models. Organisations will need to adapt, and there will be winners and losers as this transformation takes shape. Our advice to senior leadership of energy companies is to take an integrated, holistic view of the opportunities and challenges that are flowing from these megatrends. Only then will you be able understand the full impacts and path forward—and that is the only way you can really take control of your future.

This post is the first in a series in which we will discuss each of the megatrends and the impacts (“so what?”) in more detail. We will attempt to discuss how these megatrends play out at the European level as a whole, as well as within the diverse set of regions and countries. Stay tuned for our next blog in this series.