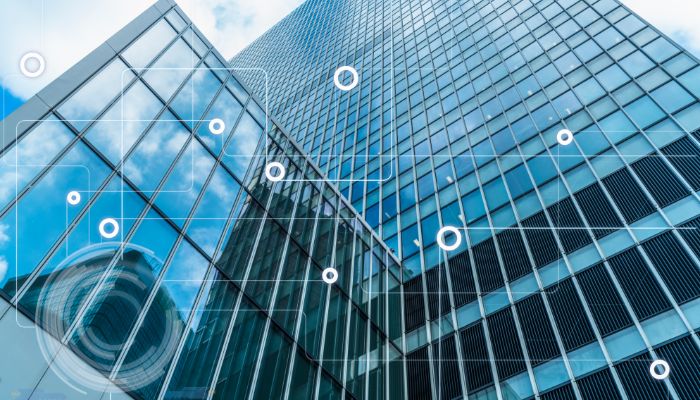 If you have ever experienced Chicago, the Windy City, in the winter or summer, it would not surprise you that it was listed by the Washington Post as one of the top cities with extreme weather with very cold winters and hot, humid summers. Chicago is also known for its innovative architecture. What is not as well-known is that it is a leader in implementing energy efficiency retrofits in its older buildings. An analysis of its ENERGY STAR rankings found that its older buildings earned higher rankings than its newer buildings.

In 2013, the City of Chicago passed an ordinance to collect data on its larger buildings. The benchmarking report includes detailed information on energy use, including ENERGY STAR ratings. One might expect that newer buildings would have a higher ranking because older buildings were built with different priorities. However, the following chart shows that the owners of the older buildings have stepped up and made necessary upgrades. The average age of the least efficient buildings in Chicago is 45 years old while the average age of the most energy efficient buildings, those scoring 80 or above, is 62. 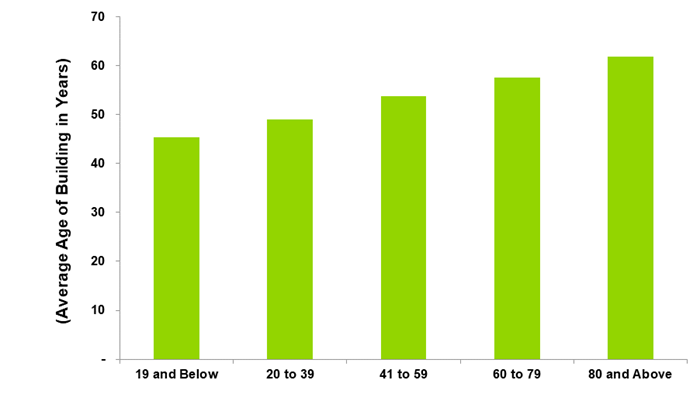 (Source: Guidehouse Insights and the City of Chicago)

Retrofits Worth It Regardless of Building Age

Even with the temperature extremes, many building owners hesitate to pursue energy efficient retrofits to lower energy costs. Such retrofits can be disruptive to tenants and employees. Also, many tenants who pay for their own heating and cooling might not realize that the building is inefficient until after they have signed a long-term lease.

For example, 875 North Michigan Avenue, formerly known as the John Hancock Center, is a prestigious address for many businesses, but its ENERGY STAR rating is a meager 23. The third tallest building in the US, the Willis Tower, has a marginally acceptable rating of 67.
This stands in contrast to the Tribune Tower, just a mile south of the John Hancock building. Built in 1925 with more than 900,000 square feet of office space, it has a rating of 91. Another mile south and a little west is the Monadnock Building. This building was among the first skyscrapers ever built when it was erected in 1890. Even at 130 years old, this grand old structure has a rating of 99.

These examples show that energy efficient retrofits are worth considering regardless of the age of the building. As of this report from 2018, the last year for which data is available, only 30% of the large buildings in the City of Chicago scored 80 or above. At the other end of the spectrum, about 15% of Chicago’s buildings have ratings below 20.

If every one of the more than 3,000 Chicago buildings covered in the benchmarking study scored 80 or above, Chicago would reduce its energy consumption by 30%. That would result in a reduction of 1.8 million tons of carbon emissions annually. The US Energy Information Administration within the Department of Energy reports in its Annual Energy Outlook 2021 that buildings account for about 40% of energy use in the US. Besides being known as the Windy City and the Second City, Chicago is called The City that Works. It might be time for building owners and managers to put some people to work increasing building insulation, replacing old lighting systems, and installing new windows.

The PACE to Go from 60 to Zero

Interest Is Rising in Energy Storage for Building Resilience

By Sasha Wedekind
Industry Insight May 09, 2016

The PACE to Go from 60 to Zero

Interest Is Rising in Energy Storage for Building Resilience

By Sasha Wedekind
Industry Insight May 09, 2016

By Alvin Chen
Back to Top
Press enter to search