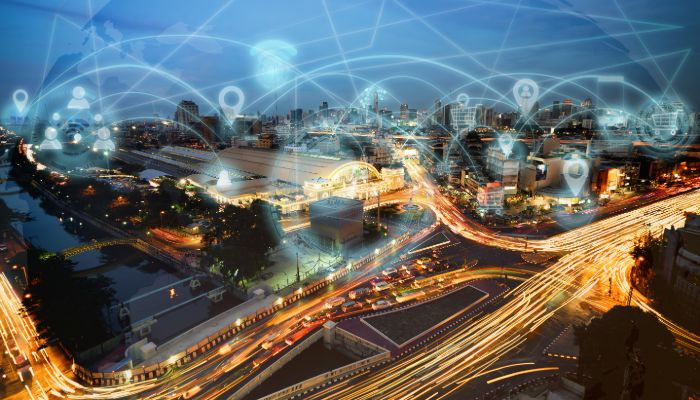 Emerson Electric is a well-known giant across the engineering space. The 100-plus-year-old company serves a wide and diverse set of verticals with its automation and commercial and residential solutions. Until recently, Emerson has maintained a relatively narrow footprint within the power and utilities space, consisting of power generation solutions and a handful of ancillary technologies. This footprint changed in August with the announcement of Emerson’s acquisition of Open Systems International (OSI) for $1.6 billion. The deal closed on October 1 and significantly expands Emerson’s footprint and market potential within the growing utility software market.

OSI was founded in the early 1990s and offers real-time management and optimization of complex networks for customers in several industries. The company has made a name for itself within the utilities space, capturing the majority of advanced distribution management system (ADMS) wins in North America over the past few years. Along with its modular ADMS platform, the company offers generation management, energy management, and distributed energy resource management systems. OSI has emerged as a competitor to the larger industry behemoths of General Electric, ABB, Schneider Electric, and Siemens, all of which also offer modular ADMSs.

This acquisition will employ the domain expertise of Emerson (power generation) and OSI (transmission and distribution software) to offer new synergies for power and electric utilities. This move mirrors the larger industry macrotrends of modularity and interoperability that are permeating the utility software space.

Utilities are increasingly looking to modular solutions to accelerate the value proposition of their software investments. As power grids become increasingly networked and complex and the need for multiple systems grows, implementation and integration can become considerably more challenging and expensive. In almost all scenarios (and particularly during storm events), simplified user interfaces and single-pane-of-glass approaches are more effective and efficient solutions. Modular, non-siloed systems help achieve these objectives.

OSI has been one of the leaders in development of interoperable operational technology software. Its Monarch platform supports interoperability across several modules including ADMS, SCADA, outage management, workforce management, substation automation, and switch order management. The expected seamless connection and interoperability with Emerson’s Ovation control system is anticipated to introduce new areas for technology differentiation and network optimization.

The Future of ADMS Vendors

It’s difficult not to be bullish on OSI. As found in the Guidehouse Insights Leaderboard: ADMS Vendors report, OSI has emerged as a legitimate competitor to larger OEMs (GE, Schneider Electric, Siemens, ABB) that have historically controlled the market. For a player that is still relatively new to the space, it has experienced rapid success, winning and successfully implementing systems at small municipalities through the largest investor-owned utilities, creating a well-balanced and robust customer portfolio. Furthermore, the company has seen particularly strong customer retention and positive feedback as a function of its technology and business framework. When supplemented with the international prowess and established footprint of the Emerson brand, it is certainly a company to keep your eye on. For more information about OSI and other ADMS vendors, check out Guidehouse Insights Leaderboard: ADMS Vendors.

By Benjamin Grunfeld
Back to Top
Press enter to search