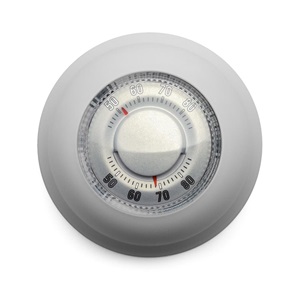 Microsoft recently revealed that it will be releasing a smart thermostat called GLAS in partnership with Johnson Controls. Much like the Nest Learning Thermostat, GLAS reportedly senses when a user is in the room. It also determines indoor and outdoor air quality and adjusts the temperature accordingly. Though the company has not unveiled details on the thermostat’s release date or pricing, what is clear is that the thermostat is built on Microsoft’s Windows 10 IoT Core, it will support Microsoft Azure cloud services, and perhaps most importantly, it will be embedded with Microsoft’s digital assistant, Cortana.

Digital assistants are increasingly making their way into smart home devices. Leading thermostat provider ecobee recently released the ecobee4 thermostat and a light switch embedded with Alexa. General Electric will release its Alexa-embedded Sol lamp in September. Apple offers another digital assistant, the Home app, that allows users to control HomeKit devices via Siri. Google’s Assistant can be used to control its Home Wi-Fi speaker, its Pixel smartphones, and even its Chromecast smart TV device. Voice recognition is quickly becoming a significant part of the smart home experience, as my colleague Neil Strother pointed out in another blog.

While energy currently takes the back seat to other use cases like security, comfort, and convenience in the smart home, interfaces like voice activation can help consumers take more interest in controlling their connected energy devices. Consumers do not often think about their energy consumption, a fact made clear in a recent consumer survey. The survey indicates that in 2016, the average consumer of a regulated US utility spent about 8 minutes annually interacting with their utility through digital channels. However, energy devices have a convincing value proposition because they can help consumers save energy and money—it just takes more interaction with these devices to increase awareness around their benefits, which digital assistants can foster.