Electrification and the Smart Home Converge as NRG Buys Vivint 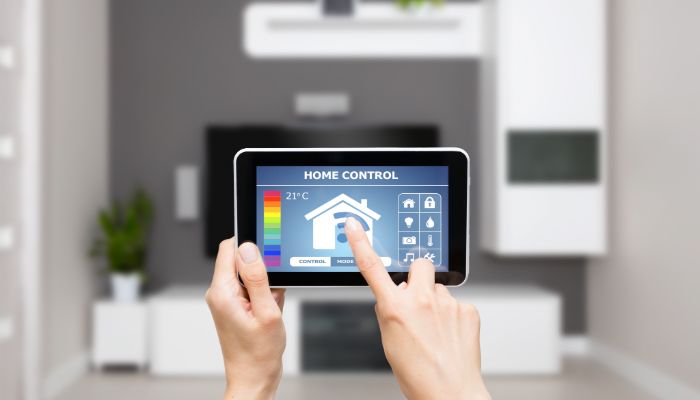 NRG Energy is buying smart home provider Vivint Smart Home for $2.8 billion, marking its entry into the consumer Internet of Things (IoT) and providing another front in NRG’s transition from unregulated power toward consumer services. The deal, which is expected to close in the first quarter of 2023, marks the latest consolidation of smart home technology and energy services, a necessary step for both sectors to grow beyond their established marketplaces.

What’s in It for NRG?

NRG has been transitioning away from its unregulated power and power generation roots in favor of a more consumer-focused strategy. Vivint, meanwhile, provides what it calls smart home as a service, offering customers a range of security and energy-saving devices that are centrally controlled and professionally installed.

While big-name smart home devices from the likes of Amazon, Google, and Samsung attract the most attention, security companies like Vivint and ADT provide a full-service alternative for users who are intimidated by the range of products on offer or who are not comfortable installing devices themselves. Since the arrival of Amazon’s Alexa or Google’s Nest line of advanced thermostats, Vivint and other smart home security providers have made their own platforms more flexible, so that users who already own these third-party devices can benefit from Vivint’s full set of services.

Energy and IoT Are Increasingly Converging

Companies like Vivint have traditionally used home security as the hook to upsell smart home technology to customers in the US. Vivint got its start selling alarm systems before adding smart home controls and third-party smart home devices, which prompted greater focus on energy-saving devices like smart lighting and advanced thermostats. This shift, in turn, has led to closer relationships with energy companies, as consumers increasingly want to understand what devices are using energy in their homes and to manage that usage among storage systems, EVs, and solar panels.

A previous example of this progression was Enphase Energy’s acquisition of German-based GreenCom Networks, which was announced in August 2022 and closed in October. At the time, Enphase pointed to GreenCom’s experience integrating devices like heat pumps, solar inverters, battery systems, and EV chargers, with the aim of incorporating these capabilities into its own offerings to enable complete home energy management.

NRG’s acquisition of Vivint holds a similar potential to integrate the capabilities of both companies. As more homes add connected technology to their lighting and HVAC systems in particular, Vivint’s expertise with installation, smart home tech, and single-panel control should help NRG customers with that transition. By providing an opportunity to cross-sell Vivint’s smart home services to NRG’s existing base of 7 million customers, the deal should also help increase the visibility of managed, professionally installed smart home services.

What Is a Smart Home and How Will It Play a Role in the Energy Cloud?

Security Proves to Be a Strong Proposition for the Smart Home

What Is a Smart Home and How Will It Play a Role in the Energy Cloud?

Security Proves to Be a Strong Proposition for the Smart Home