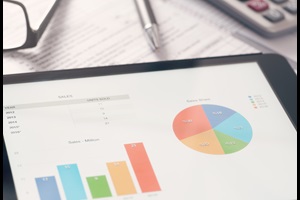 As the energy storage industry continues to mature around the world, leading country markets are taking shape in very different ways. There are a number of factors that determine the dynamics of the energy storage industry in a given country, including the mix of technologies and applications that are most common. According to Guidehouse Insights’ Country Forecasts for Grid-Tied Energy Storage report, the level of development in a given country’s economy will have a significant impact on the local energy storage market. The report forecasts that the largest markets for grid-tied energy storage in the coming decade will be the United States, China, Germany, and India. These four countries represent both sides of the spectrum, spanning from highly advanced to developing economies. This is an important distinction, as countries with developing economies typically have highly regulated energy markets, while more advanced economies often bring about market deregulation.

Economic factors dictating energy storage dynamics in developing economies such as China and India include ongoing electrification projects as well as rapidly growing urban populations. These countries also tend to have much less reliable grids compared to more advanced economies, which leads to greater demand for microgrids and behind-the-meter energy storage systems that can protect customers from more frequent power outages. However, despite this, we see a more balanced mix of utility-scale and distributed energy storage in China and India. This is partially due to the drive for improved reliability on the part of grid operators in addition to the grid continuing to expand geographically to serve new customers. These countries are also seeing energy storage markets that have more top-down control by regulators. As a result, there is much less diversity in the types of storage technologies being deployed, with only four energy storage technologies in use in China and just three in India.

In contrast to China and India, the more advanced economies of the United States and Germany are seeing much more participation from third-party energy storage providers, including independent power producers. As a result of this dynamic and less central government control, there is a much greater diversity of technologies installed. Nineteen different energy storage technologies are in use in the United States and eight in Germany. Due to the deregulated energy markets, customers in these countries are more empowered to control their energy usage. As a result, Germany is expected to have the greatest percentage of distributed energy storage, with nearly 73% of new storage capacity over the next 10 years. A similar dynamic is at play in the United States, where up to 60% of new energy storage capacity will come from distributed systems in certain areas over the next decade.

While a number of factors will determine the mix of technologies and applications for energy storage in a given country, the level of economic development plays a major role. This dynamic highlights how important it is for vendors and project developers to understand the differences between individual countries and which factors affect the energy storage market. For example, the need for channel partners or close relationships with utilities may be much greater in developing economies where utilities are more likely to own storage themselves. Guidehouse Insights’ recently published Energy Storage Tracker 1Q 2016 report offers a broad database of projects that provide valuable insights into the specifics of energy storage markets around the world.