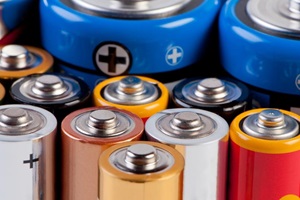 As power and energy requirements are proving to be increasingly sophisticated for large-scale grid energy storage and automotive applications, many companies and research institutions across the globe are looking for alternatives to the lithium ion (Li-ion) battery. U.K. company Dyson acquired the rights to battery startup Sakti3 last December for $90 million and announced that it will invest an additional $1.44 billion to develop new battery technologies over the next 5 years. A portion of the investment will go toward building a new battery factory and R&D center.

Sakti3 is a pre-commercial battery technology firm based in Ann Arbor, Michigan, specializing in lithium solid-state battery chemistries. The company was founded with a goal of bringing next-generation battery technology to electric vehicles (EVs) and consumer electronics, stating that it intends to double the energy density at lower costs than current commercially available Li-ion batteries. Historically, solid-state batteries have been plagued by the solid-solid interface’s high resistance to ion intercalation (resulting in low power density) and performance scalability; Sakti3 believes that it has reduced design cycles and is on track to find the critical mass to take its technology to market. 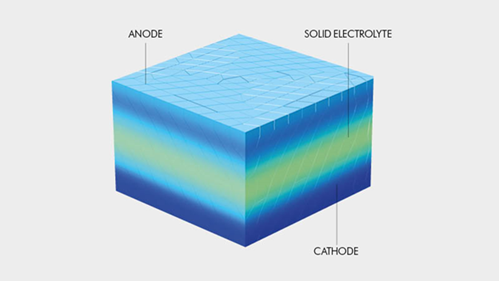 A Start in Consumer Electronics

Li-ion batteries started in early consumer electronic markets in 1991 when they were first discovered and now are being deployed in complex applications globally. Guidehouse Insights expects 93.1 GWh of Li-ion capacity will be deployed globally for EVs in 2025 alone, along with an additional 59.1 GWh deployed for grid storage. Dyson has been developing an in-house battery technology for its cordless appliances for the past several years and now plans on utilizing Sakti3’s prototype technology in existing and future products. The biggest questions to be answered will be how this acquisition affects Sakti3’s process of innovation—and what it could mean for battery industry stakeholders.

The complementary nature of the acquisition could help Dyson develop competency in cutting-edge aspects of solid-state batteries and commit to the reutilization of the technology as a whole. Starting in smaller consumer electronic markets and growing toward others could put Dyson in direct competition with battery giants Panasonic, LG Chem, and Samsung SDI. The company has not ruled out the option of licensing out Sakti3’s technology to other companies, further expanding its market reach. Dyson’s CEO says it is transitioning to become more of a technology company as opposed to a home appliance vendor and plans to develop a more sophisticated product catalog in the coming years.

One challenge the company may face is how its R&D expertise and support teams support this investment. To push the technology forward, it is imperative that Dyson thoroughly understands how integrating Sakti3’s battery affects its existing product catalog. As a home appliance company, teaming with a battery company could make sense in the long run and translate to developing robust synergies down the supply chain. Focusing on niche applications, making deployment a priority over research, and rushing the development of R&D projects could potentially lead to failure. One of the biggest risks after mergers and acquisitions is the threat of organizational upheavals. Hiring and maintaining key employees that drive research forward will be important. Sakti3 founder Ann Marie Sastry will continue to lead the development of the technology as an executive for Dyson.

Can large battery companies and automotive OEMs learn something from this acquisition? Only time will tell. Dyson plans to get Sakti3’s technology to market within the next 2 years; it will be fascinating to see how it plans to overcome engineering issues faced by other companies that have attempted to bring solid-state batteries to market. How well-equipped is a home appliance company to accomplish such a feat? History says to remain skeptical while the technology says to remain optimistic.