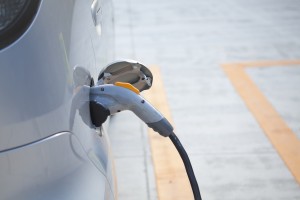 I first observed the smart car while traveling through Italy in 2006. Later that same year, the Da Vinci Code debuted back home in the United States, with smart deftly taking a page from Mini Cooper’s marketing playbook (playing starring roles in the likes of The Italian Job and Bourne Identity) by nabbing prime advertising space as Sophie Neveu and Robert Langdon’s escape vehicle. At the time, I considered the idea of this car revolutionary, in that it provided the space savings of a motorcycle partnered with the safety and comfort of a car.

Though the car didn’t seem right for me at the time, I figured if I was in a city my perspective might differ, and I wondered why that car wasn’t yet available in the United States. Two years later, in 2008, smart arrived and netted nearly 25,000 sales. That year was the company’s best in the United States, its second being the year immediately following. However, since 2009, sales have bobbed laggardly between 5,000 and 11,000. In 2013, smart joined the modern plug-in vehicle movement with the electric drive (ED) version of its offering. The ED has done relatively well, accounting for 17% of the brand’s sales since its introduction in the United States. Fast forward to the near future and the ED will likely account for 100% of the brand’s US sales, as Daimler is discontinuing the gas powered version of the vehicle in North America for the 2018 model year.

Gas Power Not So Smart Anymore

For the brand, sales are likely to retreat further. A refresh of the fortwo ED along with the expected range increase will probably encourage greater sales of the ED in 2017 than were witnessed in 2016. But the range increase isn’t substantial next to 2017’s new competitors like the Chevrolet Bolt, the Tesla Model 3, and more. Therefore, sales are unlikely to recapture smart’s small 5,000-11,000 sliver of the market unless a serious range increase or dramatic price cut is on the way for 2018.

Though the move will result in initial losses for the brand, it will likely benefit the parent. To start, sales of the gas-powered smart have receded, with a compound annual growth rate of -14% since 2012. The current low oil price environment isn’t going to change the trajectory here. Add to that the ever increasing range and affordability of plug-in powertrains in the microcar segment, and it was only a matter of time before the gas version could not find any willing buyers.

Additionally, canceling the gas-powered version while there is still some demand will increase the effect the ED has on the Daimler’s Corporate Average Fuel Economy and Zero Emissions Vehicle program compliance efforts. The regulations, designed as both stick and carrot, penalize automakers for noncompliance and reward others for overcompliance. Up to 2025, both programs’ sticks will become increasingly sharp, making the share of plug-ins relative to other powertrains a vital metric by which automakers maintain viability through their highly profitable, less fuel efficient offerings.