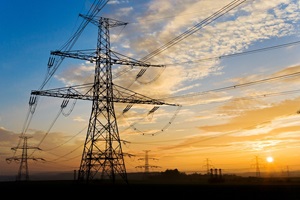 Last year at this time, the big question was whether PJM’s new Capacity Performance (CP) construct was going to kill demand response (DR) in the reliability pricing model capacity auction. While it took a hit, it was merely a flesh wound. In 2018, there has been uncertainty about where prices would end up and if DR bidders would feel more comfortable with CP the second time around. All signs point to a healthy DR rebound based on recently released auction results for the 2021-2022 delivery year.

Why the 40% increase? First, the fact that the price nearly doubled from $28,000/MW/year to $51,000 for most of the PJM region could only entice many DR resources that sat out last year to get back in the game. One way to measure the price effect is to see that out of 9,800 MW DR bid last year, 80% cleared, while this year, 94% cleared. Clearly there were a lot of price-sensitive bids last year that could have cleared if the prices ended up higher like this year.

How Important Are the Seasons?

Another major concern was how much DR would bid in as annual resources versus summer-only resources. Only 4% of cleared DR was summer-only, showing that most bidders felt comfortable with the annual CP requirements. Bresler noted that the results seem to counter fears from DR providers on how the seasonal split would affect their competitiveness. He commented, “I was a bit surprised…I question whether we really have a seasonal issue here.”

What Do Providers Have to Say?

Enel X, through its subsidiary EnerNOC, the largest DR provider in PJM, did not publicly provide the megawatts that it cleared, but it did report that it secured more than $180 million in annual capacity payments through the auction, driven by higher capacity prices and an 18% year-over-year growth in MW. “The results are good news for all PJM ratepayers and for commercial and industrial customers who get paid to reduce their energy consumption during times of grid stress to help ensure a clean and reliable grid at least cost to ratepayers,” said Christian Weeks, Head of Flexibility Solutions for Enel X in North America.

Voltus, a newer DR player, said “The uptick in pricing is exactly what the generators wanted to get out of moving to CP. The uptick in DR is possibly DR, nimble as ever, adopting its offer behavior to price in these new requirements, doing things like teaming up with generators and other resources that have excess winter supply. None of this, however, represents efficient market design and the losers are the ratepayers.”

This isn’t to say that DR in PJM is growing, since it is basically flat from the 2 years prior to CP. But we can certainly say that reports of its death were premature.

May Ends as It Began for Demand-Side Management: With a Bang

May Ends as It Began for Demand-Side Management: With a Bang