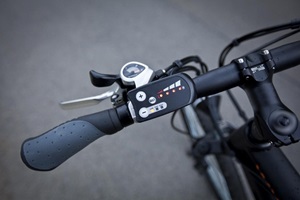 Electric bicycles (e-bikes) continue to be the highest selling EVs on the planet. Guidehouse Insights estimates that a total of nearly 35 million units will be sold globally in 2017. However, the US market has struggled mightily to keep up with its successful European and Asia Pacific counterparts.

In 2016, just under 1% of total bicycle sales in the United States were attributed to e-bikes—compared to 15.7% in Germany and 24.2% in the Netherlands. 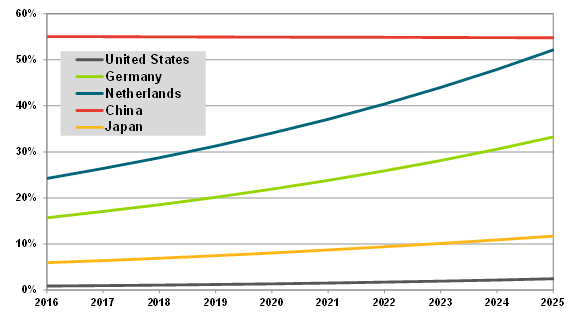 Guidehouse Insights projects that e-bike market share will remain relatively low over the 10-year forecast period (below 4%) in the United States since the country has:

In what may be a turning point for the US e-bike industry, Yamaha announced it will begin selling its branded e-bikes through US dealers in 2018. The company has been refining its production of e-bikes for decades, with over 2 million sales in Japan since 1993. The major new US market entrant boasts widespread brand awareness, an expansive dealer network with hundreds of locations in the United States, and large R&D budgets unavailable to most North American e-bike vendors.

Impact on the Market

While Yamaha is somewhat late to the manufacturer e-bike party in the United States, the company’s entry is likely to present some challenges for other manufacturers and dealers. In the short term, Yamaha will primarily capture a portion of its sales—with some consumers opting for a trusted brand with hundreds of dealers that are available to market, sell, and service their e-bikes.

However, over the long term, Yamaha’s presence should help propel consumer awareness for e-bikes in the United States more broadly—which will be positive for all vendors left in the market. Similar to Elon Musk urging major automakers to sell more competitive EVs, a bigger e-bike market will increase overall revenue opportunities. Smaller companies would be wise to differentiate their e-bike products from Yamaha’s offerings to avoid losing market share to the more powerful marketing competitor.