Do Water and Electricity Mix? 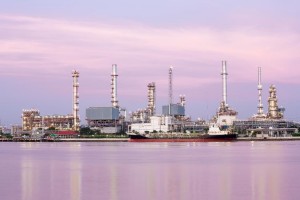 The water-energy nexus is the interaction between energy, water, and all the aspects of generation and distribution that are involved with each. Many times, this nexus is used to describe the amount of energy used to distribute water and wastewater between water treatment facilities and end uses. This energy use is by no means small. In the United States, energy generated for water ranges from around 4% to 19%; California alone consumes 19% of its electricity for water and wastewater. Variations in energy generation are caused by geographic differences; hilly regions need to expend more energy to pump water across variations in altitude, and arid areas pump source water from aquifers deep underground.

Another aspect of the water-energy nexus is the amount of water it takes to produce electricity. Certain generation types (such as hydroelectric) have an obvious liquid component, but others are less apparent. New innovations in renewable energy, while still consuming water, help to preserve the resource by utilizing more region-specific energies.

A Flood of Electricity Generation

In Hawaii, an ocean thermal energy conversion (OTEC) plant recently began operations. This OTEC plant draws in warm surface water from the ocean, vaporizing ammonia and spinning a turbine, which generates electricity. The ammonia is condensed by water extracted from deep in the ocean. Other types of OTEC plants do not use ammonia at all, but utilize vaporized ocean water to power the turbine. This is the first plant of its kind in the world, though it is worth noting that the United States has been researching OTEC technologies since 1974. Makai Ocean Engineering and the Hawaii Natural Energy Institute developed this 100 kW facility as a way to test the OTEC process, and the plant produces enough energy to power 120 Hawaiian homes for a year.

For cities farther from the water, solar power might seem like the way to go. However, to get the most out of solar, many plant operators are turning to auxiliary steam components. For example, the Ivanpah Solar Power Facility in the Mojave Desert of California utilizes heliostat mirrors to focus sunlight on solar power towers. These towers are heated by the solar energy, and steam is created to drive a steam turbine. The combination of steam power and photovoltaics makes this plant one of the largest solar installations at 377 MW capacity. In addition, its air cooling system means that other than the water used to generate energy, the plant uses 90% less water than other solar thermal technologies with wet cooling systems. However, there are drawbacks to solar power at this concentration. On May 19, 2016, one of the solar generating towers at Ivanpah caught fire due to improperly tracking mirrors that focused sunlight on the wrong part of the tower. There have also been reports of effects on wildlife, such as birds and tortoises. The issues in the development of high intensity renewable energy must be ironed out before these types of plants become widespread.

Renewable energy is important, and not just for the conservation of fossil fuels. Well-integrated renewable energy will utilize the natural resources of the region to produce sufficient electricity without wasting scarce ones. Traditional electricity production uses large quantities of water, but renewables (even those designed specifically to utilize water) can help conserve this. Producing energy may be a very water-intensive process, but many innovations in electricity production hold the promise that this market is becoming less thirsty.