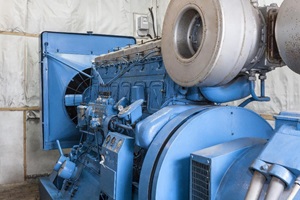 The classic storyline surrounding microgrids is that they challenge electric utility monopolies in multiple ways. Up until recently, the vast majority of these systems deployed in North America, currently a global hotspot for microgrids, were developed by third parties. Not only that, they were designed primarily to offer economic and resiliency benefits to consumers, with the interests of the incumbent utilities almost an afterthought.

That simpleminded view of the world is being challenged by the utility distribution microgrid (UDM), a concept first put forward by Guidehouse Insights in 2012. Since that time, the number of utilities exploring opportunities in the microgrid space has grown dramatically.

Microgrids and the Utility

One could argue that microgrids sprung up as a response to customers not getting what they needed from traditional utility service. UDMs turn this premise on its head. They can help utilities manage recent distributed energy resources (DER) employment trends to their advantage. Microgrids owned or operated by utilities can first and foremost serve the distribution, as well as be a platform for new services for customers.

In terms of architecture, UDMs tend to be on the utility side of the meter; the classic prototypes are the installations is being proposed by Commonwealth Edison in Illinois. Yet there are many hybrids under development, some of which aggregate and optimize customer-owned assets that are located behind the meter. Among the examples of the latter are projects by utilities such as Oncor and the Sacramento Municipal Utility District (SMUD).

Perhaps one of the most interesting trends when it comes to UDMs is how the roles of investor-owned utilities (IOU) and publicly-owned utilities (POU) flip-flop over the next decade, especially in the United States. As the chart below illustrates, IOU projects are expected to lead the market until 2021. This is largely because of larger projects; the classic example is San Diego Gas and Electric’s (SDG&E) Borrego Springs microgrid, which now represents 31 MW peak capacity. If measured by sheer numbers, I believe public power microgrids will outnumber their IOU counterparts much sooner.

Fewer Obstacles but a Smaller Scale

Municipal utilities have fewer regulatory obstacles and internal conflicts in pursuing microgrids than IOUs. That said, the scale of their projects will tend to be smaller. Take the case of Alameda Municipal Power, which is in the process designing a microgrid at an abandoned Navy facility located within its service territory and whose initial capacity will likely fall in the 5 to 7 MW range. 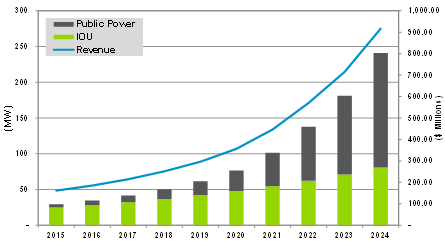 Keeping pace with the fast and continuously growing microgrid market is no small task. As of April 2016, the Microgrid Deployment Tracker has identified 1,568 projects across the globe representing a cumulative 15,599.7 MW of capacity. These numbers represent microgrids from 119 countries across all seven continents. North America represents over half of the new projects entered, while the utility distribution and remote segments account for almost three-quarters of the new capacity.

Whether examining remote or grid tied microgrids, the role of utility in their deployments and operation will only continue to grow the next decade.