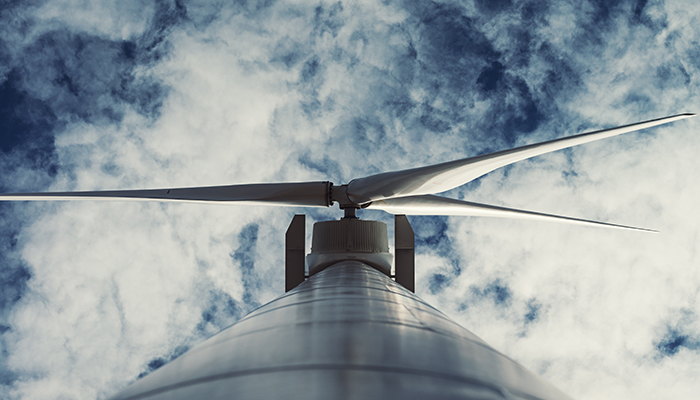 The pairing of solar PV generation with energy storage in the form of batteries—especially lithium ion batteries—drives the global the microgrid market. This is especially so in states such as California, which boasts aggressive goals on carbon emission reductions and renewable energy. The state joins Hawaii in setting a 100% clean energy goal by 2045.

A report by Vote Solar makes a compelling argument. It posits that that solar plus storage microgrids are more sustainable for resiliency compared to diesel backup generators for hospitals, which are often mandated by federal regulations. However, some market players take issue with an over reliance on just solar plus batteries for resiliency, noting that the cost to ride through extended multiple day outages could be exorbitant. Among them is Enchanted Rock, which found major success in deploying natural gas-based microgrids in Texas and seeks to enter the California market. The company’s business model hinges, ironically enough, on helping balance large-scale wind in wholesale markets.

In a forthcoming report, Guidehouse Insights, forecasts each major distributed energy resource (DER) asset deployed in microgrids around the world. The chart below is based on data from the recently published Microgrid Deployment Tracker 1Q20. While recent entries into the dataset are leaning toward solar and energy storage, the microgrid market still celebrates DER diversity. 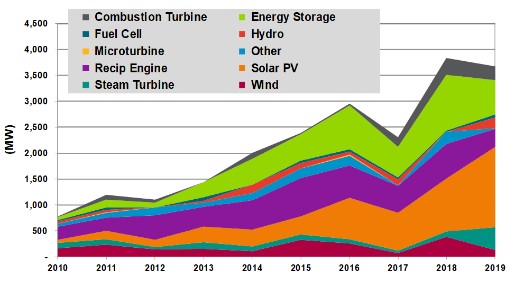 One of the most forgotten clean energy options is distributed wind. Wind still dominates renewable energy choices for remote microgrids in states such as Alaska, the leading US microgrid market today. The annual installations of small and medium wind turbines in the US have fallen significantly since 2012 due to the reduction of state and federal incentives as well as the declining costs of solar PV. Although small wind is likely to remain a niche technology for the foreseeable future, Primus Power counts over 175,000 sub-kilowatt machines deployed worldwide. The best remaining market for all sizes of distributed wind today are remote microgrids. Wind is most often deployed in these hybridized systems to work in concert with solar PV, diesel generation, and battery backup power.

Because of the strong US growth, North America was the market leader on small wind turbines for decades. More recently, market traction has shifted to Europe and Asia Pacific. Among the most viable markets for distributed wind are remote sites in the Caribbean and islands in Europe. Ireland is working with Siemens to develop a 300 MW microgrid to incorporate both wind and solar.

However, thanks to the US Department of Energy’s (DOE’s) Competitive Improvement Project (CIP), approximately $30 million has been invested to help improve the economics of distributed wind. A new CIP solicitation was released in February 2020 to coincide with a distributed wind conference held in Arlington, Virginia. Another DOE program is focused on deployments within microgrids.

By Jason Schwartz
Industry Insight May 13, 2016

By Jason Schwartz
Industry Insight May 13, 2016