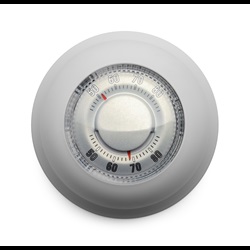 Nest has been on an upward trajectory since its launch in 2010, and the company now finds itself at an important juncture with the departure of co-founder and CEO Tony Fadell. It is worth noting how the company’s journey began not long ago when it effectively fueled the stagnant thermostat market with its introduction of the Nest Learning Thermostat. As my colleague Neil Strother puts it, “Before Nest came into being, the thermostat was a pretty basic household device, and Nest set a new standard.” The company became an even bigger player in the thermostat space when it was acquired by Google in 2014 for $3.2 billion, Google’s second largest investment behind its acquisition of Motorola for $12.5 billion in 2012. Simply put, Nest has excelled in the connected home space, becoming what many consider to be the top player and star of the market.

Despite years of success, in recent months Nest has been the subject of a myriad of media stories highlighting technology glitches, internal struggles, and lawsuits. In December 2015, the New York Times covered a software glitch that drained the Nest thermostat’s battery and deactivated the device for an unconfirmed number of users, though the company was able to fix the issue for 99.5% of affected customers. In January 2016, it was reported that the Nest was leaking ZIP codes over Wi-Fi, and while this is not the most sensitive information, it may give consumers reason to be concerned about the security of Internet-connected devices. In May 2016, Honeywell and Nest settled their long-standing patent dispute, which began in 2012 when Honeywell sued Nest Labs, stating the company’s thermostats infringed on seven of Honeywell’s patents related to thermostat technologies.

To top off this wave of negative media coverage is the news of Tony Fadell stepping down from his role as CEO. This decision follows months of reports about internal struggles at Nest with regards to Fadell’s management style, though the official reason given for his departure is simply that it’s time to move on. Alphabet, parent company of Google, reports that Fadell will become an advisor to Alphabet.

Although the current media climate and Fadell’s departure seems to cast a bleak shadow over Nest’s future, the reality is that smart thermostat technology is still evolving, and fast-growing companies in this space (such as Nest) experience bumps along the road. It is important to keep a patient perspective, and take negative coverage with a grain of salt, because despite Nest’s issues, it remains a major player and leader in the smart thermostat market, and is likely to remain so for the foreseeable future.

What Makes a Smart Thermostat Smart?

What Makes a Smart Thermostat Smart?