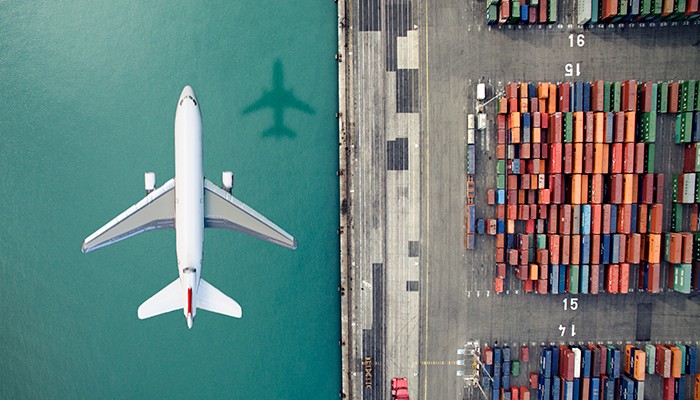 As part 1 of this series notes, the complexity of achieving a sustainable National Airspace System (NAS) is larger than most people realize. The US government has mandated CO2 emission reductions by 2032, and challenged the industry to become carbon neutral. Looking at the enormous scope of the NAS, no one organization will be successful without partnerships.

To be effective, the NAS sustainability initiative must engage all stakeholders to do their part, and every stakeholder must be willing to step up to the challenge. Luckily, many of those stakeholders have already begun to act and are moving toward a carbon-neutral future. Airlines are partnering with engine manufacturers to ensure engines can use a blend higher than 50/50 of drop-in sustainable aviation fuel (SAF). Airlines are also partnering with fuel suppliers to produce and deliver larger amounts of the fuel.

Although airlines, engine manufactures, and fuel suppliers are working together, more governmental support is needed. Government agencies must collaborate with private entities to encourage partnerships and facilitate innovation. The Federal Aviation Administration (FAA), NASA, and the Environmental Protection Agency should lead the charge and provide guidance, expertise, and financial help to the industry. Below this, airlines, aircraft, and engine manufacturers should strengthen relationships with fuel suppliers to solve quality issues, promote technology advancement, and renewable resource development among others.

But how should the industry ensure NAS’ CO2 emissions are sustainably reduced and eventually reach carbon neutrality? That answer rests with more partnerships. Governmental agencies must tap high schools, colleges, and universities across the nation to find the best and brightest and spark the imaginations of students. This is an equation that organizations are working to solve by 2032; however, the carbon neutrality issue will remain for years until a true zero emission society is achieved. Young engineers are the key to zero emissions. Bright minds with new perspectives will be in high demand.

The Continuous Lower Energy, Emissions, and Noise (CLEEN) program was designed to accelerate the development of new aircraft and engines. Originally initiated in 2010, the program was a 5-year agreement with Boeing, General Electric, Honeywell, Pratt & Whitney, and Rolls-Royce. The FAA invested $125 million in CLEEN, and this amount was matched or exceeded by the companies involved. The goals of CLEEN were simple: produce new aircraft and engine technology to reduce fuel burn and emissions, reduce noise, and produce a drop-in SAF. Now in phase three, the CLEEN program was renewed in 2020 with additional goals and millions of dollars in investments from all parties.

Future Generations Hold the Key to a Cleaner Future


Reaching a carbon-neutral NAS future is possible through stakeholder partnerships; however, maybe not by 2032 as some entities have aimed for. The industry must work toward this sustainable future and strive to engage future generations.
SHARE ARTICLE