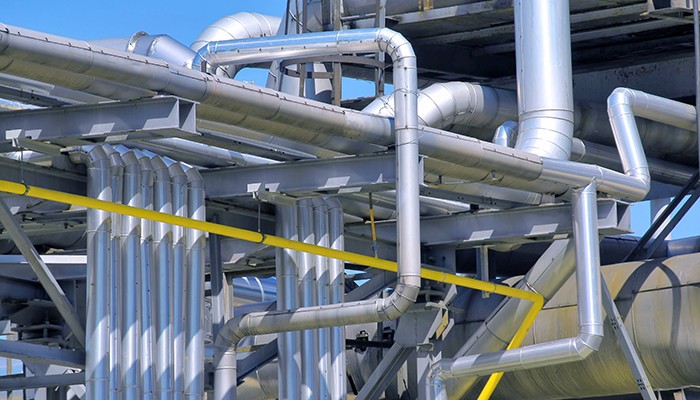 China’s first commercial compressed air energy storage (CAES) plant has been connected to the grid following a series of successful trials. The 60 MW Jiangsu Jintan Salt Cave Pro-ject will be the first large-scale CAES system in China and is expected to be one of several demonstrator utility-scale energy storage (UES) projects as part of the country’s drive to in-crease storage capacity and achieve peak CO2 emissions by 2030 and carbon neutrality before 2060.

CAES Is a Well-Established Technology in Utility-Scale Deployments

CAES systems traditionally compress ambient air, store it underground under high pressure conditions, and heat and expand the pressurized air through a generator-tied turbine when electricity is required. CAES plants are suited to large-scale deployments because they typically range from 50 MW to 300 MW of power output and can be brought to full load in around 10 minutes. They provide flexible cycling options to deliver grid-balancing services and enable users such as utilities to optimize baseload units by minimizing load swings, which maximizes efficiency and extends unit life. Guidehouse Insights forecasts global installed CAES power capacity to exceed 1 GW by 2030.

CAES possesses numerous advantages over competing large-scale energy storage systems, excelling in technology lifetime and storage duration, possessing negligible self-discharge, and being scalable in terms of capacities and power output. Yet the reliance of CAES on specific geological conditions makes it a challenge to cost-effectively site and develop these systems and is the limiting factor to their deployment when compared with technologies such as pumped hydroelectric storage (PHS). The Jiangsu Jintan Salt Cave Project joins the list of commercial CAES plants worldwide, which also includes the Kraftwerk Huntorf plant in Germany and the McIntosh plant in the US, commissioned in 1978 and 1991, respectively. With technological advancements, momentum is increasing in other regions too: Canadian-based Hydrostor is developing large-scale projects in California and in New South Wales, Australia.

China has seen a rapid increase in UES deployment in recent years. In a recent report, Market Data: Utility-Scale Energy Storage Market Update, Guidehouse Insights estimates cur-rent installed capacity at 33 GW, the majority of which is provided by PHS. The government has indicated strong support for further deployment, targeting 30 GW of new energy storage by 2025. R&D specifically identifies the potential for flow batteries to support the transformation of the country’s power grid and the development of local supply chains around vanadium technology, of which China has vast reserves. Vanadium batteries are being trialed in key demonstrator projects around the world, including the Energy Superhub Oxford, a hybrid system combining vanadium flow technology and lithium ion.

Tailored Policies and Frameworks Are Essential for Storage to Compete

Recent years have seen a variety of storage technologies introduced to the Chinese market, as well as regional electricity market rules to establish these systems in the ancillary services market. In March, China’s state economic planner and state energy regulator published a roadmap for the country’s energy storage sector as part of the 14th Five-Year Plan (covering 2021-2025). The roadmap underlines the need for the sector to develop “on a large scale” and in “industrialized and market-oriented” ways. However, the regulatory framework still lags, and there is significant provincial variance in how energy storage can participate. Regulators need to define best practices and framework for standalone storage to compete efficiently with conventional generators to provide ancillary grid services.