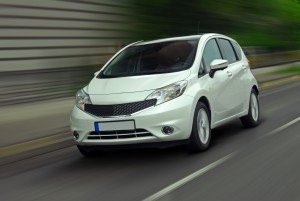 It used to be easy to distinguish a car and a truck. Until the 1970s, there were far fewer vehicle types than there are today. Truck buyers usually made their purchases because they needed the capability, and pretty much everyone else bought cars. Early SUVs were truck-based, niche products. Thus, when the US government first imposed corporate average fuel economy (CAFE) standards on the auto industry, it made some sense to have two different standards for cars and trucks. Not anymore.

Today, SUVs vary in form from subcompacts like the Nissan Juke to long-wheelbase Chevrolet Suburbans to the super-luxury Bentley Bentayga. SUVs are the fastest growing vehicle type in the market. But what exactly is that type?

For purposes of calculating CAFE and greenhouse gas (GHG) emissions, the feds have two target levels for cars and light trucks. But is an SUV a car or a truck? It can be both or either. It depends in part on the regulations and in part on what the manufacturer submits on the certification paperwork. Car segments are based on combined passenger and cargo volume while trucks are defined by gross vehicle weight rating (GVWR). However, SUVs vary so much that the US Environmental Protection Agency (EPA) doesn’t define them.

“You’ll notice no definition for crossover utility vehicles (CUV), which is what many vehicles seem to be called these days,” said Rob French, environmental protection specialist at the EPA. “When we last revised these regulations we considered inserting a definition for CUV, but found it impossible to describe robustly.”

While the EPA watches for automakers trying to game the system to get a best-in-class rating, it mostly goes with the classification that the manufacturer chooses based on size or weight. Since there is no crossover class, the manufacturer gets to choose a segment like small, midsize, or large car, or small or standard SUV. The small SUVs are generally the car-based crossovers, but EPA splits them based on two (2WD) or four-wheel-drive (4WD). A 2WD small SUV is grouped with cars while the 4WD version of the same is grouped with trucks.

The Nissan Pathfinder, Chevrolet Traverse, and Ford Explorer are large three-row crossovers. The Chevrolet and Ford are classified as standard SUVs and thus trucks for all variants. The Pathfinder’s 5,985-pound GVWR is conveniently just below 6,000-pound threshold for a small SUV, so the 2WD model is a car while the 4WD model is a truck. Meanwhile, Nissan’s Murano—which to almost any set of eyes is as much an SUV as the Pathfinder—is a midsize station wagon and thus a car no matter how many driven wheels it has. Likewise, Nissan’s even smaller Rogue is also a small SUV but is also classified by how many driven wheels it has. Similar peculiarities can be found from most manufacturers.

For customers, none of these arbitrary labels matter, as they shop for price, performance, design, and capability. For manufacturers, it’s all part of balancing out the fleet averages for cars and trucks in a rapidly shifting marketplace. If the car average is in good shape, adding a big 2WD crossover enables them to still meet the car target while removing some vehicles from the truck count; likewise, a smaller 4WD can improve the truck average.

But there are limits to this segment juggling. Automakers are seeing the edge of the product mix envelope as they try to balance market demand, regulator demand, and affordability. That’s why (as the EPA and National Highway Traffic Safety Administration work on the mid-term review of the CAFE and GHG standards for 2020 to 2025) manufacturers are pushing back, hoping for some rollback of the current targets.

Perhaps it is time to abolish the arbitrary car-truck split and devise a new formula that factors in the footprint size with payload/towing capacity. The world needs trucks, vans, and utility vehicles that can haul people and their stuff, but on an absolute basis these vehicles are never going to be as efficient as a small car. However, if we set a target based on the useful work the vehicle can do, we might be able to get away from some of this arbitrary categorization.