Can Apple Put Distributed Energy Resources on the Chinese-Energy Map? 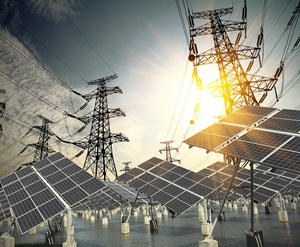 Guidehouse Insights has covered China’s ascent as a distributed energy resource (DER) powerhouse (here and here). The latest news from Apple might show a path forward. On July 12, 2018, Apple and some of its biggest suppliers (Catcher Technology, Compal Electronics, Corning Incorporated, Golden Arrow, Jabil, Luxshare-ICT, Pegatron, Solvay, Sunway Communication, and Wistron) established a $300 million clean energy fund in China. The fund will develop and invest in clean energy projects totaling more than 1 GW of renewable energy in China and will be managed by DWS Group, which specializes in sustainable investments.

Apple, like other tech giants, has been working toward switching all energy consumption to renewable sources, but unlike other tech giants, Apple’s core business depends on hardware manufactured in China, a country that—until recently—did not have the market structure needed to support sustainable energy sourcing strategies. Therefore, until recently it was impossible for Apple to achieve its 100% renewable energy target.

This change occurred on October 31, 2017, when China’s National Energy Administration and the National Development and Reform Commission announced an initiative for market-oriented distributed power generation. This, along with changes in 2015 that created new wholesale energy and retail choice markets at the commercial and industrial (C&I) customer level, will have the potential to transform the Chinese energy industry starting from the edge of the grid. While the fund does not mention DER as its main investment target, the regulatory structure favors projects that are either onsite or in the vicinity.

Companies should be encouraged to take their energy future into their own hands considering this market structure and the discontinuation of distorting policies like feed-in tariffs. Large multinational companies—like Apple, which has significant brand exposure and manufacturing production in China—are expected to lead this shift in energy sourcing and encourage its local partners along the way. Given the good economics of DER, it is possible that other industries in the country will also follow the Chinese energy transformation roadmap.

A Look at the Top Wind Turbine Manufacturers of 2015

A Look at the Top Wind Turbine Manufacturers of 2015