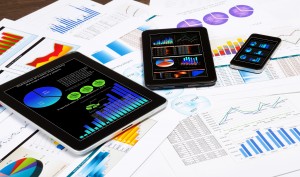 California’s Self-Generation Incentive Program (SGIP) has been one of the most successful and contentious programs supporting the deployment of distributed energy resources (DER). The program has generated significant attention in recent years from stakeholders pushing changes to how financial incentives are awarded. As a result of recent controversies and the looming grid stability issues facing the state, the California Public Utilities Commission (CPUC) officially announced modifications to the program late last week.

These reforms include a number of significant changes that regulators believe will better align the program’s goals of reducing greenhouse gas emissions and peak demand, improving grid stability, and supporting technologies that have the potential to enable market transformation without long-term subsidies.

The newly agreed upon rules highlight energy storage systems (ESSs) as a key priority for the program moving forward. Most notably, 75% of the program’s $77 million annual budget will be allocated specifically for ESSs, with priority given to systems tied directly to renewable generation. Within this, a 15% carveout has been mandated for residential ESSs specifically, which to date have struggled to secure incentives. The remaining 25% of the budget will go to generation systems, including wind turbines, gas-powered microturbines, and fuel cells. In response to concerns over single companies monopolizing the submission process and taking up a large percentage of the program’s budget, all awards will now be determined based on a lottery system, with no developer able to claim more than 20% of the total annual incentives.

In addition to ESSs being guaranteed the majority of the program’s funding, the actual incentive rates and how they are determined have also changed and will step down gradually each year. Incentives will now be determined based on the total energy capacity (or watt-hours [Wh]) for each system. This change helps align incentives with a system’s discharge duration, and in turn, its ability to reduce peak demand or shift usage to off-peak times. Furthermore, the CPUC has established separate incentive rates for systems that are also receiving financial support through the Investment Tax Credit (ITC). The initial rate for ESSs not receiving ITC support is now set at $0.50/Wh and at $0.36/Wh for systems that do receive the ITC. All residential systems (<10 kW) will receive the full $0.50/Wh incentive.

The new incentive rates also take into account the duration of each system by assigning decreasing rates based on the number of hours of discharge duration. For example, at a $0.50/Wh incentive level, a 4-hour 10 kW ESS would receive a total incentive of $15,000. $10,000 is awarded for the first 20 kWh of capacity, the first 2 hours of duration at 10 kW. An additional $5,000 would be awarded for the remaining 20 kWh, the second 2 hours of duration at 10 kW at a 50% reduced rate.

With an estimated $270 million in funding remaining through 2019 for the SGIP, these newly announced changes could have a major impact on California’s DER markets. Hopefully, the reformed program will support a more diverse and competitive market for ESSs that will result in a greater number of new systems and more rapidly falling costs. The state’s regulators recognize the unique and significant value that ESSs can provide the grid and are working to ensure the technology plays a key role in the evolution of the electricity grid.

The Dynamics of Bitcoin Mining and Energy Consumption, Part I: A Problem in the Here and Now

The Dynamics of Bitcoin Mining and Energy Consumption, Part I: A Problem in the Here and Now