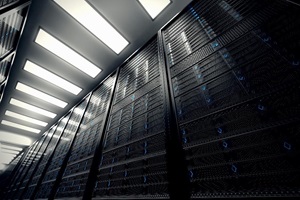 The closure of the 2,150 MW San Onofre Nuclear Generating Station (SONGS) has left a huge hole in the power supply portfolio that Southern California Edison (SCE) had traditionally relied upon to serve customers. On top of that, the massive leak of methane from the Aliso Canyon natural gas storage facility has further aggravated the electricity supply challenges facing Southern California.

The leak is the largest known leak of methane into the atmosphere in U.S. history. It continues to make headlines, but longer term impacts could still be felt this summer.

“When full, Aliso Canyon has enough natural gas stored to supply fuel to 18 regional power plants located in the Los Angeles basin for 21 days. But it takes 2 to 3 days for that natural gas to get into the basin where it is needed. So when the sun goes down, we can’t get the gas fuel to power plants where it is needed in time,” said Susan Kennedy, CEO of Advanced Microgrid Solutions (AMS), a company that has won a contract with SCE to deploy up to 50 MW of distributed energy storage to help fill regional supply gaps via hybrid electric buildings such as those owned by the Irvine Company.

“One major heat wave this summer could have major impacts, leading to curtailment of electricity service,” a prospect recalling the power outages that plagued California in the 2000-2001 timeframe, when Kennedy, working on behalf of then-governor Gray Davis, had to resort to emergency measures seeking drastic demand reductions in order to keep the lights on. “Few people seem to make the connection between this natural gas supply and our reliable electricity system,” she noted. But Kennedy does. “What we clearly need to get through this summer and into the future is fully dispatchable demand response [DR], the ability to use customer load as a resource in the same way we use supply. Energy storage allows us to create such a resource that also provides economic value for customers, such as the Inland Empire Utility Agency [IEUA].”

The agreement with IEUA is addressing the water-energy nexus in California, an issue that is also raising concerns in light of lingering droughts. IEUA has been leading on renewable energy since 2008, with solar, wind, and biogas resources already part of its electric resource portfolio. With the help of AMS and its partner Tesla, these energy storage devices will allow the agency to maximize value to reduce its energy costs by an estimated 10%, or as much as $230,000 annually.

IEUA did not have to pay any upfront capital costs under the terms of the unique contract with AMS. Yet the biggest surprise to emerge in this project was SCE’s flexibility in contracting. The investor-owned utility had to adjust the existing tariff with IEUA in order to bring the energy storage devices online. “There was no template of how to do this,” said Jesse Pompa, a senior engineer at IEUA. “Batteries had never been connected to a grid in this way before. This was indeed a risk for us, and the biggest surprise is that they accommodated us.”

“I have to say, SCE is the most open-minded of all California utilities in viewing energy storage as a grid resource,” added Audrey Lee, AMS’s VP of analytics and design. She noted that the artificial intelligence software that AMS provides enables the fleet of Tesla batteries to provide a firm, dispatchable DR resource to help SCE get through this summer.

By Kristin Landry
Industry Insight May 17, 2016

By Kristin Landry
Industry Insight May 17, 2016

By Frank Stern
Back to Top
Press enter to search