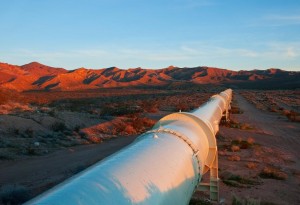 More utilities are employing non-wires alternatives to avoid the construction of traditional transmission and distribution (T&D) infrastructure. These novel solutions incorporate demand response (DR), advanced controls, or various distributed energy resources (DER) to save infrastructure costs. Alongside this trend in electricity T&D, a parallel phenomenon is developing in natural gas T&D—a set of solutions Guidehouse Insights calls non-pipes alternatives. Such alternatives utilize natural gas much closer to its point of origin, often by generating electricity that can then be used onsite or nearby. Pressure to avoid large infrastructure projects is one driver of this trend, but technological improvements and regulatory developments are also expected to contribute momentum in the coming years.

T&D projects in both electricity and natural gas face growing hurdles. Officials in Germany, for example, are having a hard time gaining approval for electrical transmission lines to link areas with cheap wind power to power-hungry cities, thanks to a mix of red tape and NIMBYism. Pipelines face similar hurdles in the gas-rich and densely populated parts of the eastern United States. More broadly, fuel pipelines of any sort are becoming more identifiable targets for anti-fossil fuel activists, as seen in the protests organized against the Dakota Access Pipeline in late 2016. Companies across the energy value chain are cutting costs as cheap fuel trims margins, which can also draw extra scrutiny to big infrastructure projects.

Technological developments are also driving non-pipes alternatives. Among the prime movers that generate electricity, those that can flexibly vary output are often most attractive for these applications. With their low cost and fast ramping times, natural gas generator sets (gensets) may see the most opportunities, though there will also be opportunities for turbines, microturbines, and fuel cells. Though most of these technologies are mature, developments in software and controls make new business models available to them. Traditional DR providers and other entities adept at reading market signals from both the electricity and natural gas markets are positioned to capitalize on this trend. And thanks to the growth in intermittent energy resources and DER, utilities and software companies alike are working toward ever more flexible and responsive smart grids (both electric and natural gas).

Developments in DER regulations should also propel non-pipes alternatives. Groundbreaking DER proceedings in New York and California are establishing frameworks to fairly compensate DER for their locational value. Such frameworks could help distributed natural gas generation since the compact technology can be placed just about anywhere. A proposed ruling by the US Federal Energy Regulatory Commission would also allow fast starting resources (like gensets) to set market prices for electricity. Developments like these are expected to more fairly reward distributed generation that can be quickly dispatched in optimal locations. Developers/operators like IMG Midstream and genset manufacturers like Cummins, Caterpillar, and GE are among the potential beneficiaries from these developments.

As grids become congested and locational benefits are rewarded, opportunities are expected to grow for non-pipes alternatives at the many points where the natural gas and electric transmission grids cross paths. Natural gas storage capacity in the United States amounts to 4.8 quadrillion Btu, enough to power the country for almost 2 months—an underappreciated storage resource. If hydrogen or syngas injection takes hold on a large scale, the electric and natural gas grids could become a dynamic two-way resource that would boost efficiency and resiliency in ways never before seen.