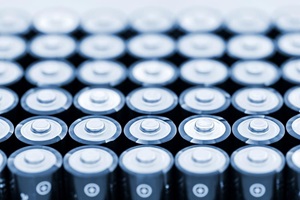 There is much hope that the e-mobility and grid-tied stationary energy sectors will soon be transformed by new advanced battery chemistries that are not yet commercialized. The reality, however, is that new battery chemistries in these sectors face significant hurdles on their path to commercialization. Guidehouse Insights’ upcoming Next-Generation Advanced Batteries report will examine these issues and more for pre-commercial advanced battery technologies like lithium sulfur, lithium solid state electrolyte, and next-generation flow batteries.

At the top of this list of hurdles for pre-commercial battery technologies will be the long-term commitment to improved commercially available lithium ion (Li-ion) batteries by well-funded and stable battery manufacturers like Samsung SDI, LG Chem, Johnson Controls, Panasonic, and BYD. In addition, as highlighted in a recent Forbes article, one should never underestimate the added value of a proven, commercialized technology like Li-ion that is capitalizing on the benefits of a learning curve during a rapid growth period.

As highlighted in the Forbes article, the Argonne National Laboratory-led Joint Center for Energy Storage Research (JCESR) is one of the key organizations leading the charge to identify next-generation batteries beyond advanced Li-ion chemistries that can lead to a transformational commercial battery. JCSER defines a transformational battery as one with 5 times the energy density at one-fifth the cost for the vehicle electrification and grid-tied energy storage sectors. As part of its efforts, the JCSER team developed Argonne’s open-source Battery Performance and Cost Model (BatPaC), which is useful tool for the evaluation supply chain, raw material, and manufacturing costs of commercial Li-ion and next-generation batteries. Late last year, leading into the fourth year of its 5-year effort, JCSER narrowed its beyond-Li-ion focus to four chemistry scenarios.

Guidehouse Insights is watching the JCSER efforts closely given its unique focus and expertise. We continue to believe that manufacturing scale and expertise along with maturing supply chains for Li-ion will produce improved battery performance and lower costs over the next several years. There is great promise and potential advantage in several next-generation beyond Li-ion advanced battery technologies. However, these technologies will face strong challenges from incumbent Li-ion manufacturers. Guidehouse Insights recommends that battery sector stakeholders watch closely for the emergence of strategic partnerships between pre-commercial battery chemistries and Li-ion incumbents as a key indicator of likelihood of success.