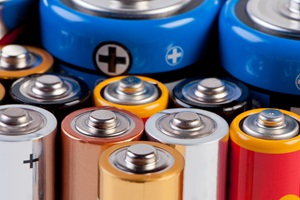 While General Motors (GM), BMW, Audi, and others are in hot pursuit of Tesla Motors for the media’s attention, the battery makers that power their cars are becoming more prominent as industry leaders. LG Chem and the other top-tier battery suppliers are expanding relationships with the automakers that will lead these companies to selling more of the technology found inside a plug-in electric vehicle (PEV).

Most notably, South Korea-based LG Chem is now supplying not only battery packs, but also motors, inverters, and onboard chargers to GM for the upcoming Chevrolet Bolt. LG Chem expects its automotive battery business to reach $1 billion annually this year, and the company is pushing harder into stationary energy storage as well.

LG Chem committed early to the EV battery market, and Guidehouse Insights (then Pike Research) ranked the company as the leader in the industry as early as 2012. It retained its position during the November 2015 Guidehouse Insights Leaderboard Report: Lithium Ion Batteries for Transportation.

LG Chem recently won a contract to supply batteries for the upcoming Chrysler Pacifica plug-in hybrid. The company has the most diverse group of customers in the industry, supplying EV batteries to Daimler, Ford, Renault, and Volvo.

Meanwhile, competitor Panasonic is expanding in the burgeoning Chinese EV battery market  by forming a joint venture with Dalian Levear Electric Company to start producing batteries in the country, according to Automotive News China. Panasonic was the world’s largest supplier of EV batteries in 2014 with a 38% market share, according to Guidehouse Insights’ Advanced Battery Tracker 4Q15 report. Panasonic is partnering with Tesla Motors to build the gigafactory, a $5 billion battery manufacturing plant that currently under development in Nevada. Tesla Motors recently canceled the larger 10 kW version of its pricey Powerwall home energy storage system, which was using batteries manufactured by Panasonic. Panasonic also supplies EV batteries to Audi, Ford, Honda, and Volkswagen.

Samsung SDI, LG Chem’s neighboring competitor in South Korea, said it will begin shipping batteries this year to enable a 300 km (186 mile) driving range for EVs, and it's intent on doubling that range by 2020. Samsung will continue to sell batteries to BMW for the soon-to-be-upgraded i3, as well as the i8 sports car, and to Fiat for the 500e.

The quality and performance of the battery can make or break a PEV, and battery makers such as LG Chem will continue to benefit from that importance to further leverage their relationships with automakers.