Autonomous Vehicles and Keeping Pets Safe on the Road 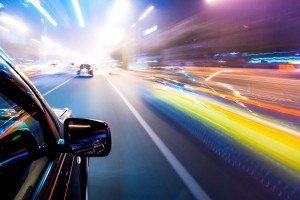 With the Fourth of July rapidly approaching, Americans everywhere are revisiting their version of the American Dream. The traditional American Dream can be quantified: 2.5 children, one house, two green lawns, one cat, one dog, and one to two cars.

Recent developments have made this dream change somewhat. The tiny house movement has driven some household footprints to 500 square feet and smaller. Lawns go unwatered thanks to drought and water conservation efforts. Cars are increasingly technologically advanced—everything from alternative powertrains and carsharing programs to autonomous driving. In fact, Guidehouse Insights forecasts that carsharing programs will grow sixfold by 2024. It seems the only things that haven’t changed are the nuclear family’s propensity toward having pets. So how does Fido fit into the New American Dream? It turns out that the answer may be in the increased protective services of self-driving cars.

Autonomous vehicles are rapidly becoming a divisive subject. There are people who are absolutely gung-ho about the idea, promising to never touch a gas pedal again as soon as the vehicles are available to the public. On the other side are those who would never entrust something as difficult and variable as driving to the mind of a machine. However, there is no denying the fact that human drivers are a massive risk on the road. Of the 20 accidents in which Google cars have been involved, only one was caused by the autonomous vehicle. The rest? All caused by the carelessness of distracted and slow-reacting human drivers. Human-caused car accidents are a threat to lives, human and animal alike.

In 2014, Tesla Motors posted a parody article for April Fool’s day, claiming that pet-driven cars are safer than autonomous vehicles. The best-driving pet was voted to be the goldfish. This was due to their calm, meticulous nature, and having no propensity to drive off cliffs (as cats do) or drive the car after squirrels (credit: dogs). Computers are in many ways like goldfish in these capacities: they are inherently unbiased except as designed in their programming, require minimum feeding, and display a calm and calculating decision-making ability. Fortunately, computers also have a memory longer than 30 seconds.

It is ridiculous to think of vehicles being driven by our furry and scaly companions rather than by complex algorithms, because self-driving cars do present many potential benefits for our many-legged friends. By reducing the number of all types of accidents and collisions, the number of pet injuries and deaths due to cars is also greatly reduced. In the United States, around 1.2 million dogs and 5.4 million cats are killed on the roads every year. In addition, distracted driving was the cause of 5,474 human deaths and 448,000 injuries in 2009. It is difficult to say precisely how many of these distractions were due to pets in the car, but pets are counted among other distractions to drivers, a category encompassing disruptive passengers, misbehaving children, and drivers that put on makeup or read in the car. While a human or their furry companion can become distracted from the road, autonomous vehicles are solely focused on the task of safely navigating the roads and avoiding collisions with vehicles, people, and other mammals.

The American Dream has certainly changed, but autonomous vehicles are doing their part to protect us and our animal companions. Aside from shooting off fireworks while grilling hamburgers on the hood, there is nothing a vehicle could do to be more American.